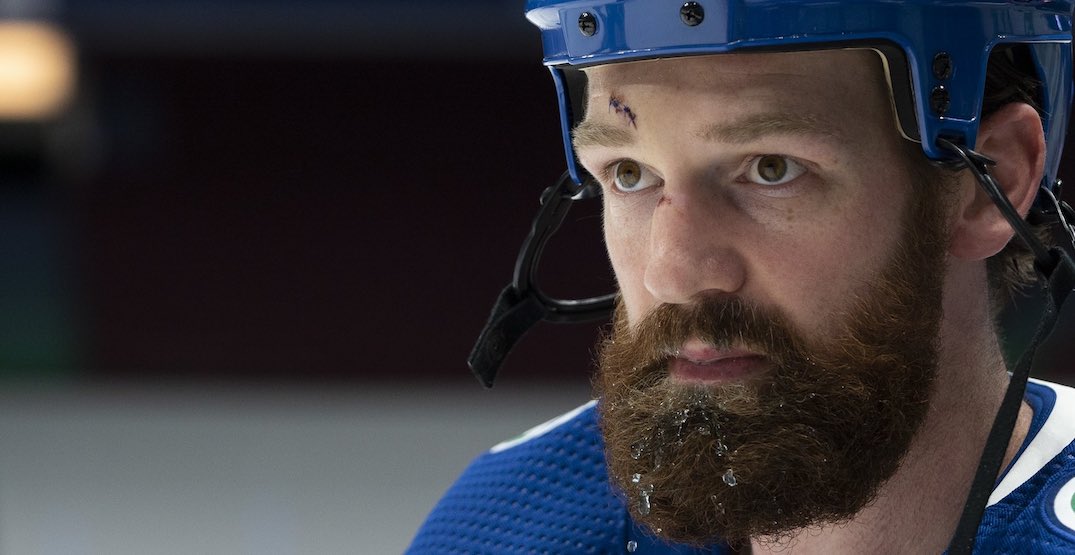 When Jim Benning signed Jordie Benn to a two-year, $2 million AAV contract on July 1, 2019, it was supposed to be a move to solidify the Canucks’ third pairing.

Benn would bring an element of toughness and reliability on the back end, something the team sorely needed, and was seen by many as an upgrade over the recently departed Ben Hutton.

The Victoria native was in the lineup every night in October and November of last season, but then quickly fell out of favour, as Travis Green frequently made him a healthy scratch. Oscar Fantenberg leapfrogged him on the depth chart, and suddenly Benn was the team’s seventh defenceman.

This year, things are different.

The 33-year-old blueliner sat out the first six games, as he was on the NHL’s COVID-19 list to start the season. But now, after an injury to Travis Hamonic, Benn finds himself playing an important role alongside Quinn Hughes.

So far, so good for Benn, albeit in just two games.

First of the season for @_EPettersson, off a shot from Benn! 🚨 pic.twitter.com/RBbBUhzSoG

A left-shot that has excelled on the right side before in his career, that’s where Benn finds himself this season.

Benn picked up an assist in Saturday’s embarrassing 5-2 loss against the Montreal Canadiens, and hasn’t been on for a goal against in either of his first two games. During Monday’s 7-1 win over the Ottawa Senators, the rugged rearguard ranked fifth on the team in Corsi-for percentage (52.00%).

He’s Vancouver’s most physical defenceman, and always willing to block shots, but it’s the subtle skill plays that have impressed his coach of late.

“I think Jordie’s played well,” Canucks head coach Travis Green said on Tuesday. “He’s been poised with the puck, subtly made some good little plays to get the puck into Quinn’s hands.

“We want the puck in Q’s hands, but also Jordie has made some good plays himself with the puck that you wouldn’t always notice, but just subtly hanging onto it in a way. Showing some deception by hanging onto the puck is not something that you always can do as a defenceman.”

Of note:
Jordie Benn blocked this Corey Perry shot.
Had a 32 second shift after this. #Canucks https://t.co/ktOeC2XmCp pic.twitter.com/1vcmDTyjP0

Green has limited Benn’s minutes the last two games — he played 15:39 against Montreal and 16:54 against Ottawa — but he has been relied upon on the penalty kill.

After a dreadful start to the season for the Canucks’ penalty killers, Benn’s insertion into the lineup has coincided with the team going a perfect 8-for-8 on the PK the last two games.

It’s only a two-game sample, and one of them was against the Senators, but Benn has fared better than Hamonic when placed into the same position.