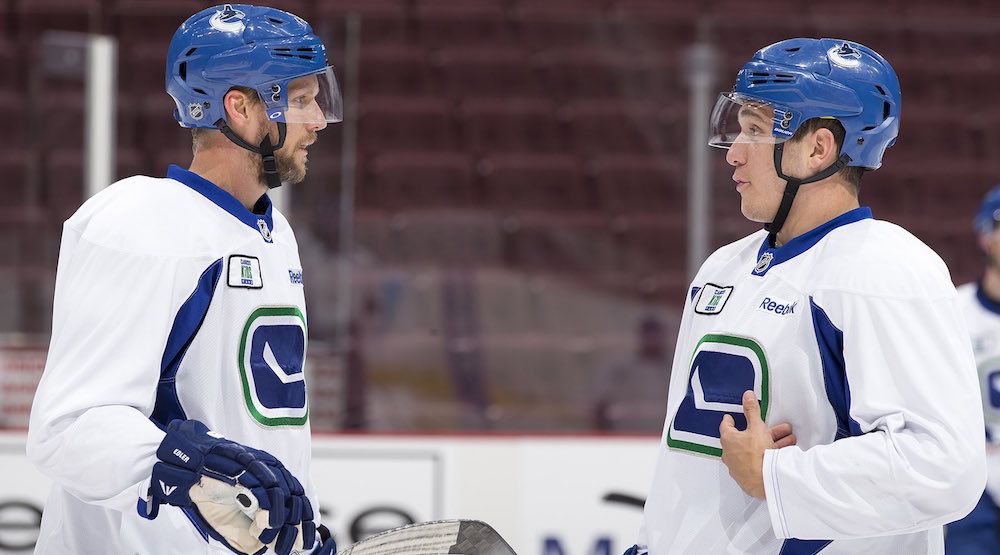 Edler, 32, is a pending unrestricted free agent in the final year of a contract paying him $5 million per season. It goes without saying that the Canucks can’t afford to lose him for nothing, though that might not be in their control.

Armed with a full no-trade clause, Edler ultimately controls his future. By all accounts, he loves Vancouver and wants to stay.

TSN hockey insider reports that the Canucks have fielded trade calls for the veteran defenceman, though their priority is to re-sign him.

Canucks and Edler camp had another conversation today regarding an extension. Priority is to re-sign him. But Canucks covering all bases by also taking calls from teams. Full no trade clause. So would require Canucks going to Edler at some point if offers get serious.

That jives with what Sportsnet’s Irfaan Gaffar and John Shannon are reporting, meaning that an Edler trade doesn’t seem likely.

Hearing the same thing as @JSportsnet reported earlier today – Don’t be surprised if Alex Edler re-signs in Vancouver in the next week. #Canucks

Edler has begun skating again, following a scary injury that resulted in a concussion. If he remains symptom-free, he could return to game action in the not-too-distant future.

The prognosis was that Edler would be out “at least a week,” though that was 16 days ago.

It goes without saying that Edler, when healthy, could provide a contender with a big boost. An all-situations defender, he is the all-time leader in points by a Canucks defenceman.

The big Swede is enjoying a productive season, scoring 20 points (5-15-20) in 38 games, though there is risk in GM Jim Benning re-signing him.

Edler turns 33 in April and is prone to injury. The Canucks would be risking cap hell if they re-sign him to a contract beyond two years in length, given the frequency of which NHL players of his age see a rapid drop in production.

Vancouver is the only NHL city Edler has ever known, as he broke in with the Canucks in 2006-07. He’s piled up 354 points during that time, leading the team in average ice time in seven of the last eight seasons.