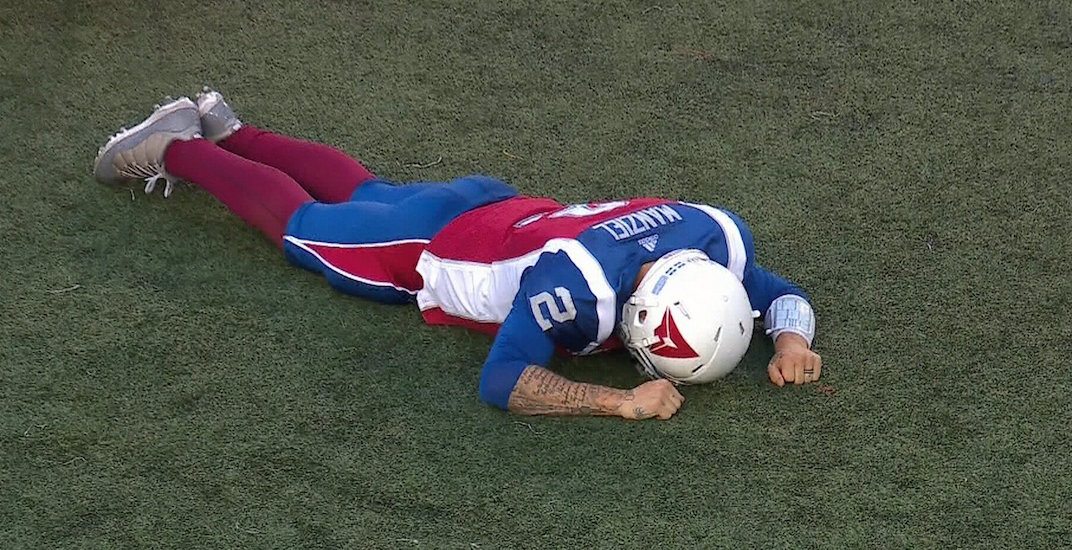 Actually, it couldn’t have gone much worse.

Manziel got a rude awakening in his highly-anticipated first game in Canada, throwing two interceptions on his first four passing attempts. He was on pace to set a new CFL record at half time, having thrown four interceptions (the record is seven).

Johnny Manziel's CFL debut is off to a rough start with 4 interceptions in the first half. pic.twitter.com/FK24Xsedkn

With his team down 41-3 heading into the fourth quarter, Johnny Football was given the hook, in favour of Montreal Alouettes backup quarterback Vernon Adams Jr.

The Alouettes aren’t a good team, and Manziel was in tough trying to learn a new offence with minimal practice reps, but this was a nice reminder that the CFL is better league than many people give it credit for.

The Hamilton Tiger-Cats, Manziel’s former team, won the game 50-11. Johnny Football will get a chance at redemption on Saturday, August 11 when the Alouettes visit Ottawa.

“This game is humbling,” Manziel said. “This is a humbling experience. I’ve had this experience in the past and there’s two ways you go about this going forward.”

Manziel didn’t have a great debut in the NFL either, though he has never thrown four interceptions in one game before.

“You can let this get you down and sulk and harm you moving forward. The other way is to take this on the chin, like a man, and never allow this taste to creep back in your mouth again.”

“This is only going to motivate me.”