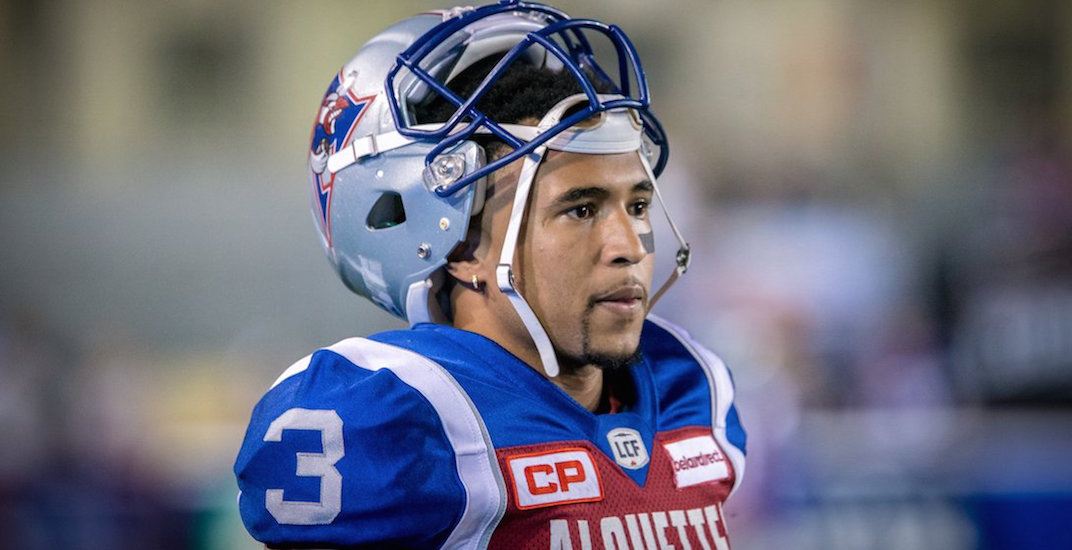 There’s at least one person in Montreal that’s not exactly thrilled with the arrival of Johnny Manziel.

The controversial and charismatic quarterback was traded to the Alouettes last week. The first game since the trade was on Thursday, at home to the Edmonton Eskimos, which didn’t give Manziel much time to learn the playbook.

So the Als kept him on the bench.

It was an understandable decision, though everyone’s curious to see what the former Heisman Trophy winner can do in the CFL.

That included a number of fans that showed up to Percival Molson Stadium, who began chanting “we want Johnny.”

Adams, who is the fourth quarterback to start for the Als already this season, was just ok, going 15-for-28, throwing for 217 yards and tossing one interception. Montreal lost 44-23, dropping their record to 1-5, so it is most certainly Johnny football time soon.

Just not as soon as fans wanted, as this recap from ESPN’s Kevin Seifert shows:

A smattering of “Johnny, Johnny” can be heard from the crowd here in Montreal as the Alouettes fall behind, 17-10.

Crowd in Montreal getting louder with its “Johnny, Johnny” chant. Booed Vernon Adams’ return to the field with MTL down 34-15. MTL coach Mike Sherman not having it — yet.

Chants in Montreal have shifted to, “We want Johnny.” In English, which is important, because I’m not certain if Mike Sherman speaks French.

Adams heard it all, and he wasn’t pleased.

In an interview with La Presse, Adams says he’s done with Als fans.

“Yes, it hurt me to hear that. I have nothing more to say or to give to the fans of Montreal. Never again,” Adams said (thanks to Google translate). “Their behaviour was very disrespectful. It was not like I was playing badly. I do not want them to ask me for anything, not even a small piece of equipment.”

I’m not sure anyone will remember Adams’ name once Manziel takes to the field this Friday against Hamilton.

Johnny Manziel will be the starting quarterback this Friday, August 3 against the @Ticats. #AlsMTL #ToujoursGame #JohnnyFootball #Number2 pic.twitter.com/Soy42t6IGx

“I do not care what the situation is. It was a lack of respect and it affected me,” he added. “I tried anyways to make plays on the field. But that’s fine. In the future, I’ll treat the fans as they treated me. That’s all.”