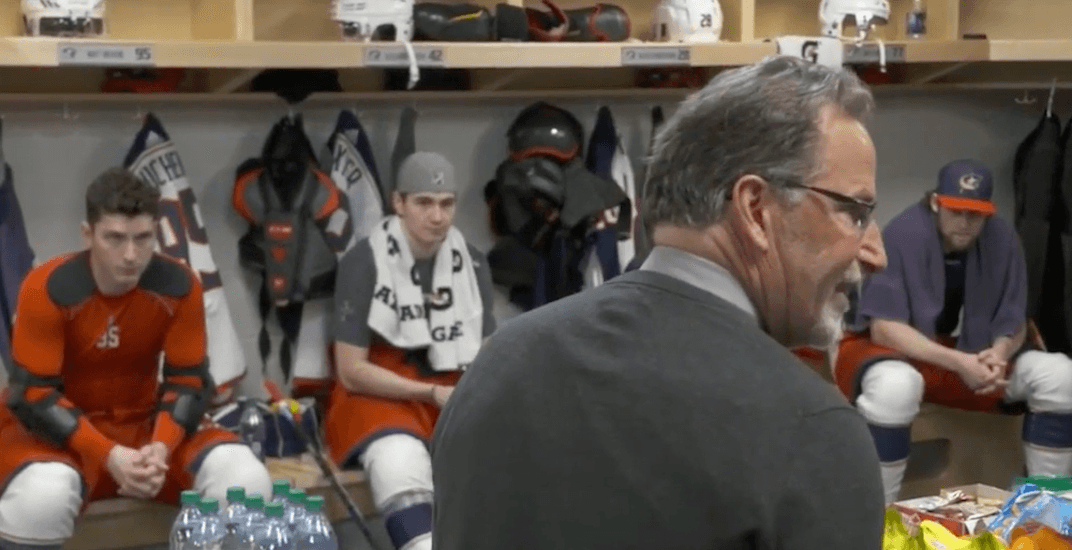 Before Game 1 of their first-round playoff series, Torts gave one of his signature motivational speeches.

Fox Sports Ohio had a camera there for us to see:

“You stand in there and you don’t take a f*cking backwards step,” Torts demanded.

If this was from a movie, the speech would have taken place during the second intermission, shortly before the Blue Jackets erased a 3-1 third-period deficit for the surprising 4-3 win.

Instead, it took place before the game, and while Columbus came out hitting, they also surrendered three first period goals.

After the game, Tortorella called out the media for bad body odour.

John Tortorella wasn't too fond of the odor in the press room. 🤢🤣#CBJ pic.twitter.com/dBSPykjENK

Here are some other great moments from the first night of the 2019 Stanley Cup playoffs:

First OT winner of the playoffs

Great moves by Mathew Barzal, leading to the overtime goal by Josh Bailey to give the New York Islanders a 4-3 win against the Pittsburgh Penguins.

This never gets old.

This was a great goal by PK Subban in a losing effort.

That’s one way to score a goal, Joe Pavelski.