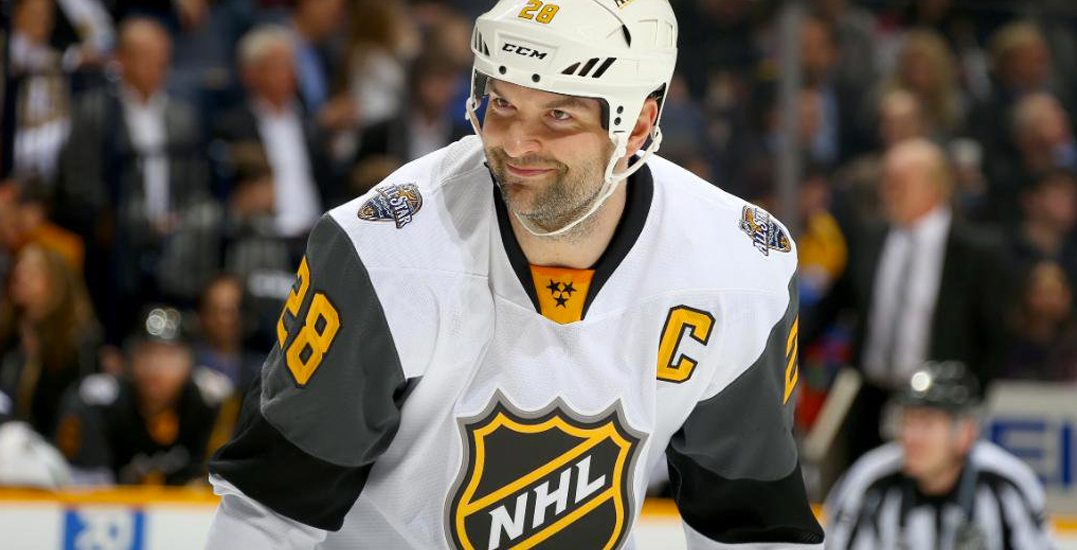 These were the thoughts that went through the head of former NHL All-Star and heavyweight, John Scott, after falling through the ice of a frozen lake in his backyard this past weekend.

Scott had gone down to the lake that sits behind his home in Traverse City, Michigan in order to clear off the snow so he and his family could go for a skate.

All it took was one step off the dock for the 6-foot-8, 260-pounder to crack the ice and plunge into the frigid water.

In an interview with Chris Kuc of The Athletic, Scott said that it took him several attempts to pull himself out of the lake during the harrowing experience, that he estimated to last about a minute.

“I couldn’t get up on my dock the first three or four attempts because I was soaking wet — I was just drenched,” said the 36-year-old. “I was like, ‘OK, do I scream for the ice fisherman but how is he going to get me?’ My kids were playing up at the house and they weren’t going to hear me screaming with the noise up there.”

Scott described it to be about 20 feet deep where he fell in and, with the beach too far away, he knew he had to find a way back onto the dock.

In a video he posted to Instagram, he pointed out to his wife and daughters that luckily he was able to get his foot on a nearby, solid piece of ice and use the ‘man-plow’ shovel he was holding for leverage to hoist himself to safety.

“The crazy thing is, the ice looks pretty thick,” Scott’s wife, Danielle, said in the video while his daughters stared into the hole. “Praise god, daddy’s alive to live another day.”

Scott is best remembered for his unexpected appearance in the 2016 NHL All-Star Game after an internet movement got him voted in as the Pacific Division captain, much to the league’s chagrin. Scott went on to win MVP of the three-on-three tournament and became the hero of the weekend.