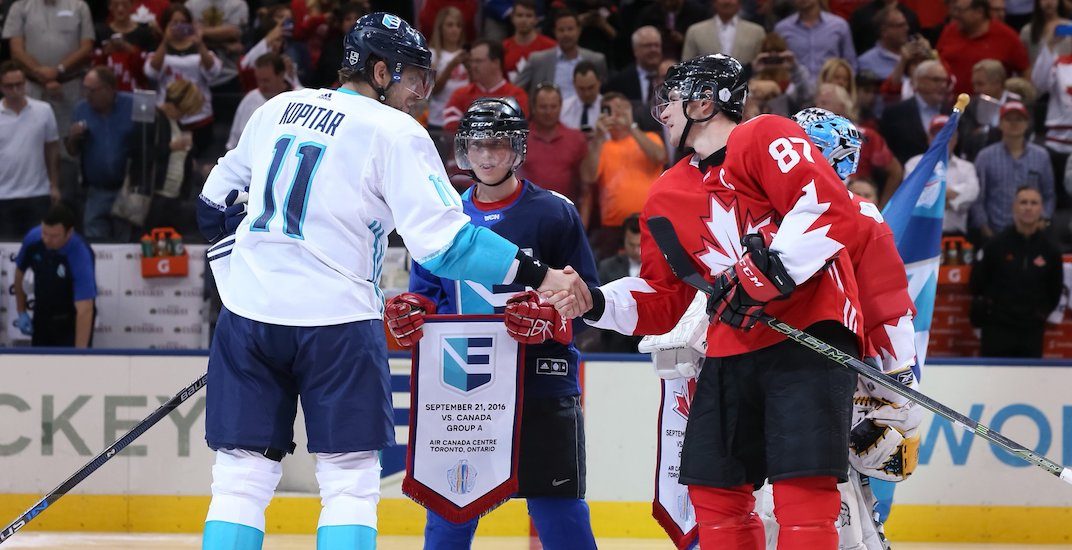 Hockey fans will continue to be deprived of best-on-best international hockey.

The NHL and NHLPA both announced Wednesday that it would be “unrealistic” to schedule a World Cup of Hockey in 2020, as previously planned.

NHL statement regarding today’s meeting with the NHLPA: pic.twitter.com/ciNYW7knDj

The news certainly won’t help the tournament’s credibility, which was already on thin ice with fans. Run by the league and player’s association, the tournament has been scheduled sporadically over the years. The successor to the Canada Cup, it has been held just three times: 1996, 2004, and 2016.

Also hurting the World Cup’s credibility were two manufactured teams that competed at the 2016 tournament held in Toronto. Team Europe (composed of players from European countries other than Russia, Czech Republic, Sweden, and Finland) and Team North America (players 23 years old and younger from Canada and the United States) competed.

North America turned out to be the most exciting team to watch in the tournament, while Europe made it to the finals before losing to Canada, but it felt gimmicky for many.

That was supposed to be ironed out for 2020, with a qualification system to be in place to allow underdog countries like Switzerland, Germany, and Slovakia into the tournament.

NHLPA statement regarding World Cup of Hockey and ongoing discussions with NHL. pic.twitter.com/ytx9F4ZumV

The decision to postpone plans for a future World Cup comes with another potential work stoppage on the horizon. The current collective bargaining agreement expires after the 2022 season, though the NHL can opt out on September 1, 2019, meaning the deal would expire following the 2019-20 season.

The league and its players likely want to build the international hockey calendar, including potential participation in the Olympic Games, into the next agreement.

The NHL decided not to participate in the 2018 Olympics in PyeongChang, despite players wanting to attend. The league is expected to be more interested in the 2022 Games in Beijing.

International hockey needs the NHL and NHLPA to figure out something, as the sport is currently without a best-on-best tournament on the horizon for the first time since before the 1972 Summit Series.