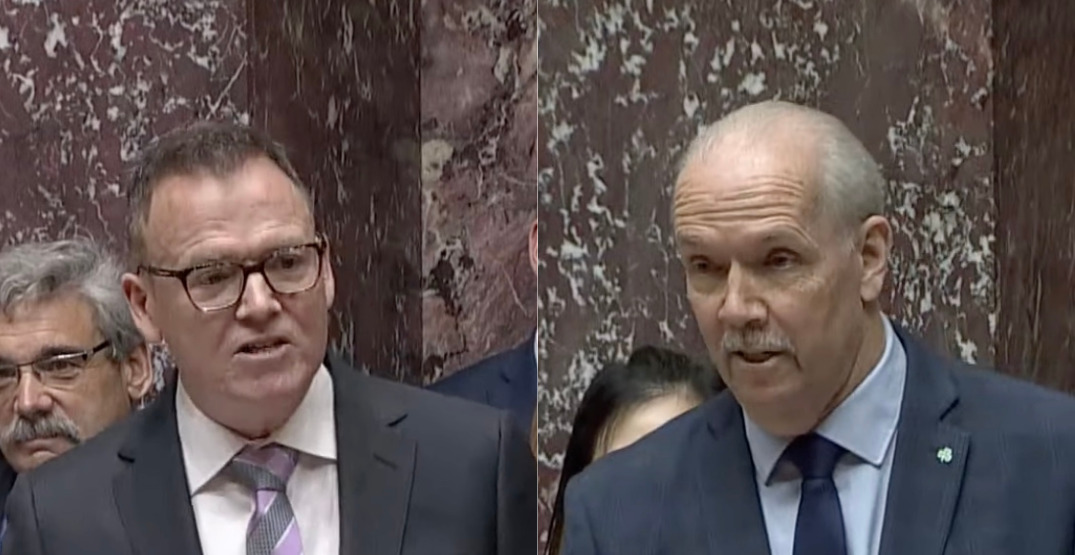 BC Premier John Horgan and the NDP faced harsh criticism from the newly-minted leader of the official opposition, Kevin Falcon, during Question Period on Monday afternoon. And, as expected, the state of gas prices in the province were a huge point of contention.

Over the weekend, fuel prices in parts of BC hit another record high of $2.33 per litre.

The criticism pointed at the BC NDP stemmed from a planned rebuild of the Royal BC Museum which is expected to cost $789 million — at a time when many BC residents are struggling to just hit a full tank of gas without breaking the bank.

The cost for the museum project actually adds up to more than $1 billion when factoring in the building of a separate facility in Colwood. The opposition has been asking Horgan to cancel the museum project, especially in light of the rising cost of fuel in the province.

MLAs from other parties have also been criticizing the move, and BC Liberal Leader, Kevin Falcon, calls it a “vanity” project. 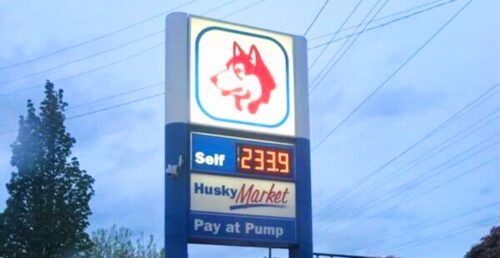 Falcon and Horgan traded blows, with Horgan seeming to point to the past to suggest that many of the issues that plague BC including high gas and housing prices were inherited from when the BC Liberal Party was in power.

“We are doing what we can,” Horgan said in multiple retorts.

“I know the NDP mean well,” said Falcon. “The problem is, they just don’t know what they’re doing. And the fact of the matter is that there is a huge gap I would call it a chasm, between NDP rhetoric and the actual results that they achieve because the results when you look at it my friends, are terrible in every measure,” he added.

Falcon also brought up a recent pay raise that Horgan and his cabinet was afforded.

Horgan responded by bringing up the fact that the BC NDP removed bridge tolls that the BC Liberals implemented, which according to the premier is saving residents $1,500 a year. He also brought up the BC NDP’s advances in minimum wage.

There was lots of shouting back and forth from the respective party members which prompted the Speaker of the House Raj Chouhan to say, “if we have less heckling, we’ll have more questions.”

The BC Liberals kept bringing up high gas prices, and issues with crime and healthcare in the province contrasting it with the fact that the BC NDP would be spending a billion dollars on the Royal BC Museum rebuild instead of helping out struggling British Columbians.

For decades, people have come to @RoyalBCMuseum to learn our history. But it hasn’t accurately reflected our colonial past and priceless collections are at risk in an aging building.

That’s why we announced historic investment to build a safer and more inclusive museum. pic.twitter.com/RSElCpMCvp

BC Green Party Leader Sonia Furstenau brought up the fact that outside of the Lower Mainland, British Columbians elsewhere in the province don’t have many transit options, and the BC NDP has not invested any money into it.

In response, Horgan was appalled that no one supported investments in BC’s cultural history, referring to the importance of the Royal BC Museum rebuild.

“Well, it’s good to know that all of the parties on the opposite side of this house don’t support our cultural industries, don’t support investing in our collective history. That surprises me, it disappoints me, it shocks me.”

The BC Green Party has since put out a release calling for temporary free public transit.

“British Columbians need immediate relief from the high costs of living. Free transit for the summer is a concrete way to reduce expenses,” Furstenau said in a statement.

Finally, the BC Liberals presented several options that the BC NDP has so far rejected to lower gas prices, including scaling back the carbon tax.

Energy Minister Bruce Ralston pointed to the situation in Ukraine as a primary driver behind the high gas prices, and suggested that the issue was impacting people on a global scale.

Falcon was sworn in earlier today as the MLA for Vancouver-Quilchena and the Leader of the Official Opposition.

BC Liberal Leader @KevinFalcon arrives at the @BCLegislature with his family ahead of being sworn in as the MLA for Vancouver-Quilchena and Leader of the Official Opposition. #BCpoli pic.twitter.com/gutXJYbN78

Long story short, it doesn’t seem like the BC NDP has any immediate plans to scrap or temporarily pause the carbon tax, nor do they have any plans to scrap the BC Royal Museum plan.

At least there were no f-bomb’s dropped on Monday afternoon.