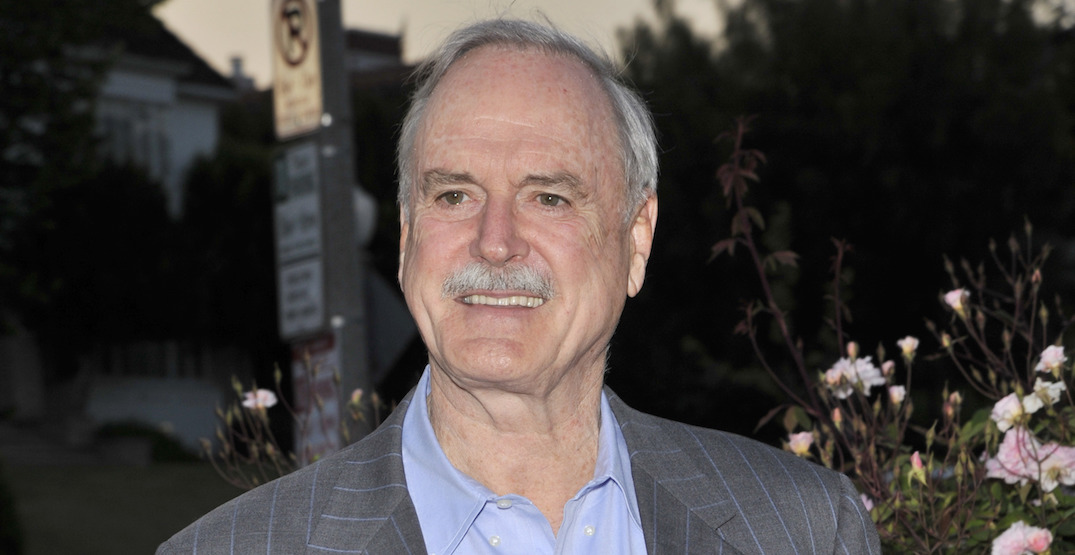 Comedian John Cleese is heading to Canada to film his latest movie. After announcing on Twitter that he lost the Airbnb he planned to stay at, Ontarians are now offering the British actor their homes.

Cleese, who’s best known as the co-founder of the Monty Python comedy group, took to Twitter on Monday to ask if anyone in Hunstville, Ontario had a place he could rent while he makes his movie. According to his tweet, the Airbnb he had booked gave the house to someone else despite keeping the money he had paid for it.

“Does anyone in Huntsville, Ontario, have a nice place I can rent to live in while I make a film,” he wrote. “Airbnb took our money but now say they’ve given our house to someone else.”

Does anyone in Huntsville, Ontario have a nice place I can rent to live in while I make a film

(Why did they take the money, then ?)

And in just a few hours, Cleese received dozens of offers from Ontarians saying he could stay in their homes in the area. Some even sent the actor photos of their houses or the lake views he could have if he stayed there.

Dear @JohnCleese, my family has a lovely, peaceful cottage on a river, a traffic-free 35 minutes from Huntsville. You would be welcome to stay as an honoured guest.

You can rent our place. It’s not huge, but the sunsets are incredible. 5 minutes from town. pic.twitter.com/6uBuAhQrPn

I do Dm me 🙂 pic.twitter.com/A81UZmQCTS

Airbnb also responded to the tweet, offering to help Cleese get the issue sorted out.

According to Cleese, all the hotels he had looked at in the area were full, so after the barrage of helpful rental suggestions, he sent out his thanks to the people of Ontario.

So many helpful suggestions !

Although Cleese didn’t say which movie exactly he was working on, it’s likely Cut the Painter, which according to IMDB, is about a man named Harry (played by Cleese) who retires to a small Canadian town. The movie is in pre-production and is expected to come out in 2022.