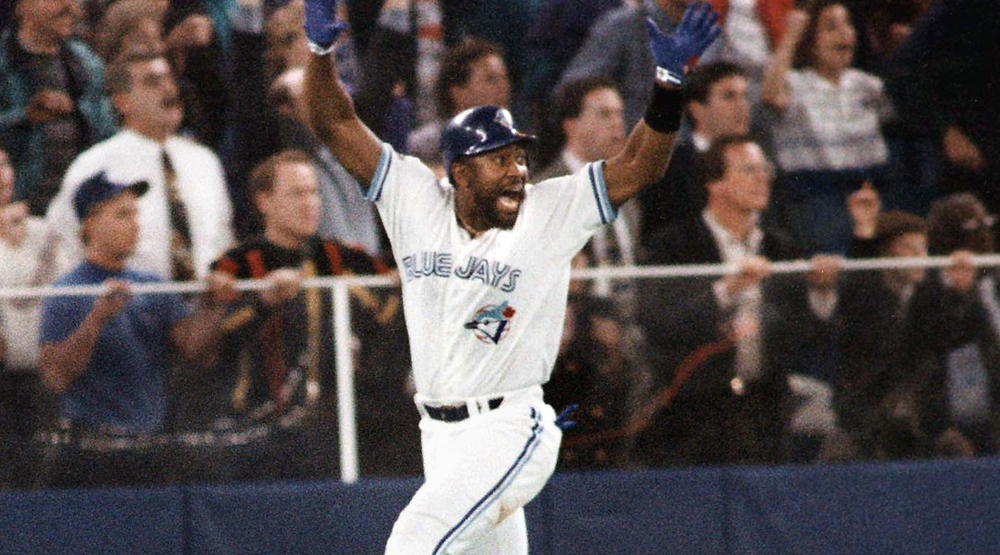 Those words uttered by play-by-play voice Tom Cheek will always resonate in Canada. In the biggest moment, on the grandest stage, Joe Carter of the Toronto Blue Jays lived every kid’s childhood dream; hitting a walk-off home run in the bottom of the ninth to win the World Series.

Today marks the 25th anniversary of that momentous occasion. At 11:37 pm on Saturday October 23rd, Toronto erupted. The Skydome was the epicentre for the celebration that cascaded across Canada.

With his team trailing 6-5 in the bottom of the ninth inning, Carter delivered the biggest home run in franchise history. It helped secure the Blue Jays’ second consecutive World Series title as they became only the 12th team in MLB history to win back-to-back championships. Only the late-1990’s New York Yankees have done it since, winning three straight titles in 1998, 1999 and 2000.

Oddly enough, Carter was a pivotal figure in the final play during both Blue Jays World Series wins. He also recorded the decisive out at first base in the 1992 World Series. And with one swing of the bat, No. 29 put an end to the 1993 World Series, too.

Watching the sequence of four pitches leading up to that fateful fastball down and in, you’d never guess Carter was about to hit a home run. Phillies closer Mitch Williams started off with a fastball off the plate and one up in the zone. Then he threw a fastball down the pipe and made Carter look foolish swinging at a 2-1 slider in the dirt.

He didn’t miss the next one.

The ball barely had enough height to clear the left field fence and he barely kept the ball fair, but Carter told MLB Network he typically would’ve fouled that pitch off from Williams. Since Carter was hunting for a breaking ball, he was able to sit back and react to the next pitch from Williams, which was a hanging slider down and in.

“That’s the only reason why I kept that fastball down and in fair. Normally, I hook that ball into the third base dugout. Lucky for me, it was my pitching wedge, 128 yards there, 328 feet, and that’s all I need.”

The importance of that moment cannot be overstated. Had Carter not hit that home run, the World Series potentially would’ve gone to a seventh and deciding game. The Phillies could’ve gone back to their ace Curt Schilling one two days’ rest. He dominated the Blue Jays in Game 5, throwing a five-hit complete game shutout to send the series back to Toronto for a sixth game.

Thanks to Carter’s heroics, Game 7 never happened and there will never be any “what ifs” about their 1993 season.