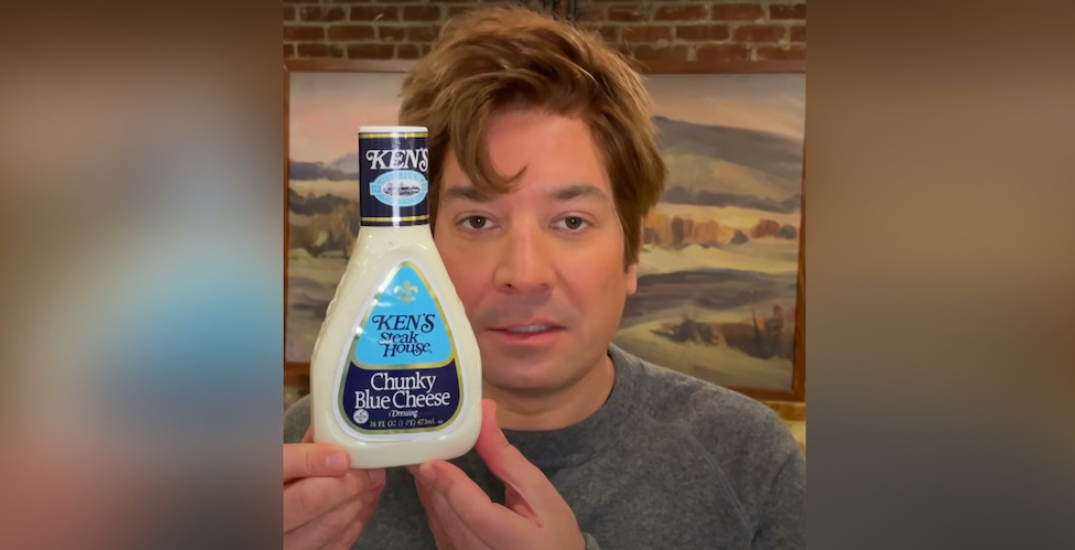 Jimmy Fallon has hopped on the social media train, following the lead of a video that went viral from a Montreal TikToker.

Lubalin has become a sensation on the popular platform by transforming online debates into snappy tunes and videos.

The Montreal musician-turned-TikToker teamed up with the Tonight Show host for his fourth episode of the “Turning Internet Drama Into Songs” series.

On Thursday, Lubalin asked the Internet, “What’s your favourite type of salad dressing?” and was joined by Fallon (in several different wigs), declaring his top choice is blue cheese dressing. The video is joined by Glow star Alison Brie, who insists blue cheese is full of mould.

The video has amassed over 1.4 million views since being shared.

The Montreal TikToker’s video series has gone viral, raking up dozens of millions of views across the platform.