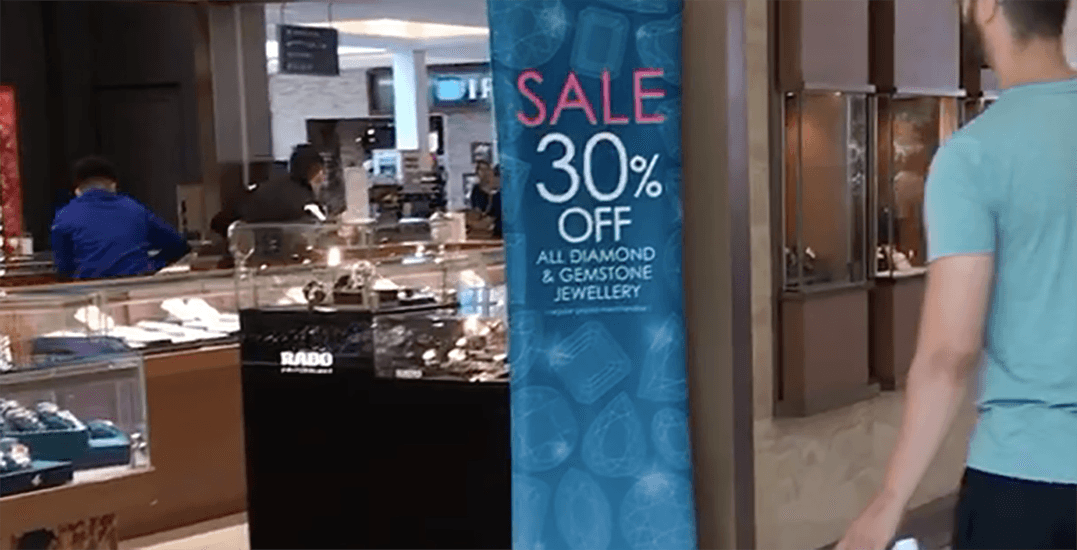 RCMP are currently investigating a daytime robbery that took place at a jewellery store in Richmond.

The robbery took place at approximately 3:30 pm on Tuesday, August 14, inside the Richmond Centre Mall.

According to a statement from Corporal Adriana Peralta, “three suspects allegedly entered the store pretending to be customers.”

“As staff prepared to show them some jewellery, the males allegedly pushed through the staff and grabbed several items.”

As shown in the video, the three males proceeded to flee the store by foot.

RCMP are still working to investigate the matter, however, they have commented that no weapons were used and fortunately nobody was injured.

Anyone with information regarding the matter is asked to contact Richmond RCMP at 604-278-1212.

The RCMP will not be disclosing any other information at this time.