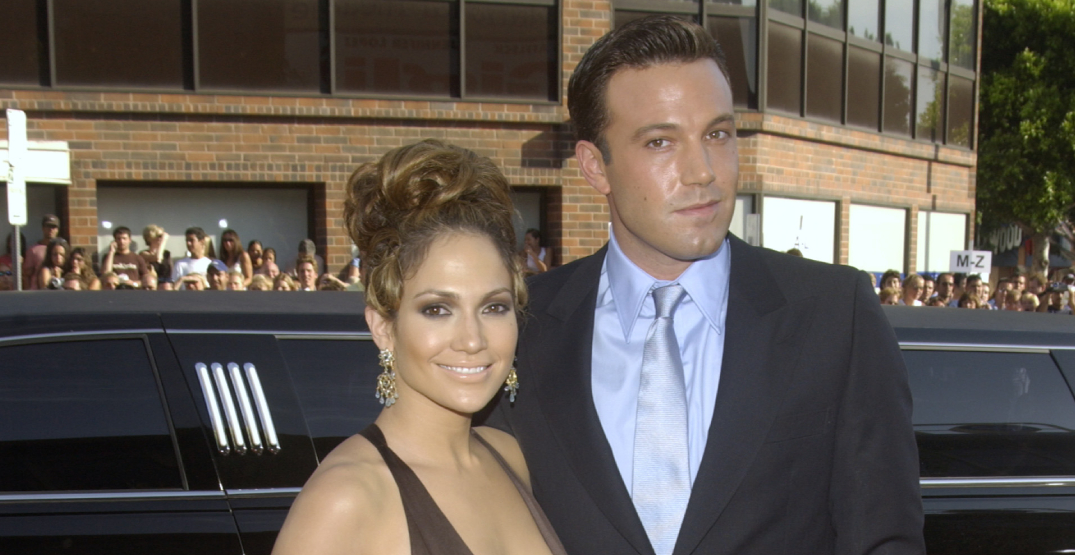 She’s J-Aff, now! After rekindling a 20-year-old relationship, Jennifer Lopez and Ben Affleck got married July 16 in Las Vegas, according to a Clark County marriage license.

Online records circulating the internet reveal the singer/actress has taken Affleck as her legal name. It’s yet to be confirmed whether her stage name will change, too.

The newlywed posted photos and a letter on her members-only website OnTheJLo but fans have reposted the items on Instagram.

A post shared by Cici Loves You – based in 🇳🇱 (@cici.loves.you)

The couple first met and dated in the early 2000s when Affleck directed Lopez in the movie Gigli. While the movie was a box-office bomb, their romance took the world by storm and the two became the most talked-about couple in Hollywood.

“Bennifer,” as everyone calls them, were the ones who invented the celebrity couple name craze of the early aughts. They were previously engaged in 2002 but called it off in 2004.

An old video of Lopez is now going viral in the wake of the marriage news. In it, she explains how she would want to take Affleck’s last name if she were to ever marry him. “It doesn’t have quite the same ring to it, but…” she says.

She told you 20 years ago pic.twitter.com/PIMh2Zk8wl

While the two have been quiet on social media and have yet to confirm anything this weekend, it’s reported the two got hitched and held a “small ceremony” in the desert.

The two have children from previous marriages.