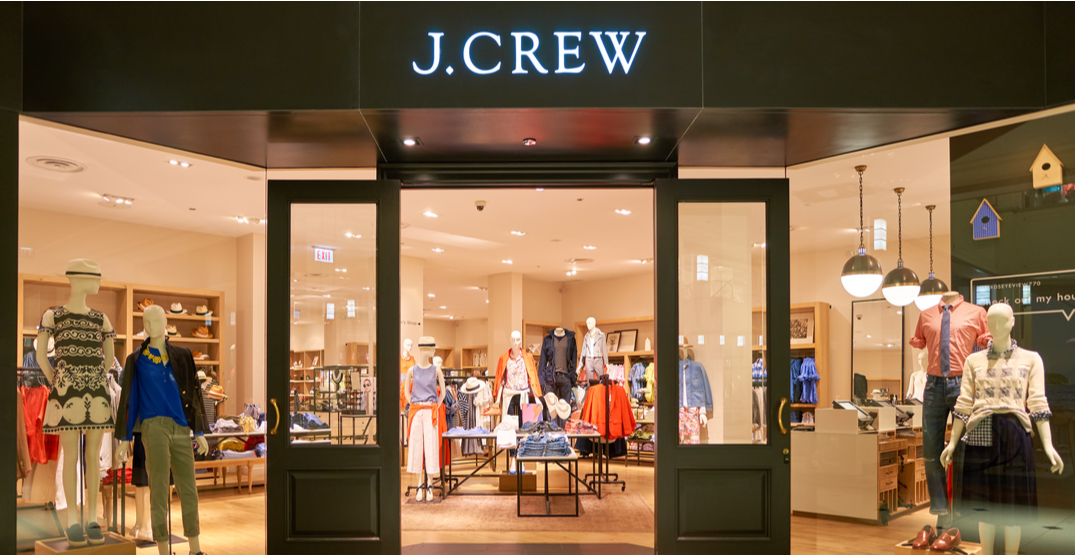 The storefront of a J.Crew (Shutterstock)

A popular American clothing retailer has shuttered all but one of its remaining brick-and-mortar locations in Canada.

A spokesperson with J.Crew has confirmed with Daily Hive that three more store locations in Canada have closed. This includes two J.Crew stores and one J.Crew Factory store.

“After thorough review, we have made the difficult decision to close three store locations in Canada as part of our ongoing real estate optimization strategy,” the spokesperson said in an email. “We thank our associates for their dedication and are working to support them through their transition.”

J.Crew, which has operated since 1983, filed for bankruptcy in early May, not long after the COVID-19 pandemic began. The clothing retailer reorganized and exited bankruptcy in early September and in addition to equitizing $1.6 billion in debt, was said to be “well-positioned for long-term growth.”

The company spokesperson suggests that any Canadian customers who aren’t able to visit a brick-and-mortar location shop online or find a J.Crew Factory store location.

As it stands, there is one last retail location, which is located in the Yorkdale neighbourhood of Toronto. There are also five factory locations, one of which is in British Columbia and four of which are in Ontario.

The BC-based location is located at the McArtherGlen Outlets near the YVR Vancouver International Airport, while Ontario has locations at Vaughan Mills and Toronto Premium outlets.