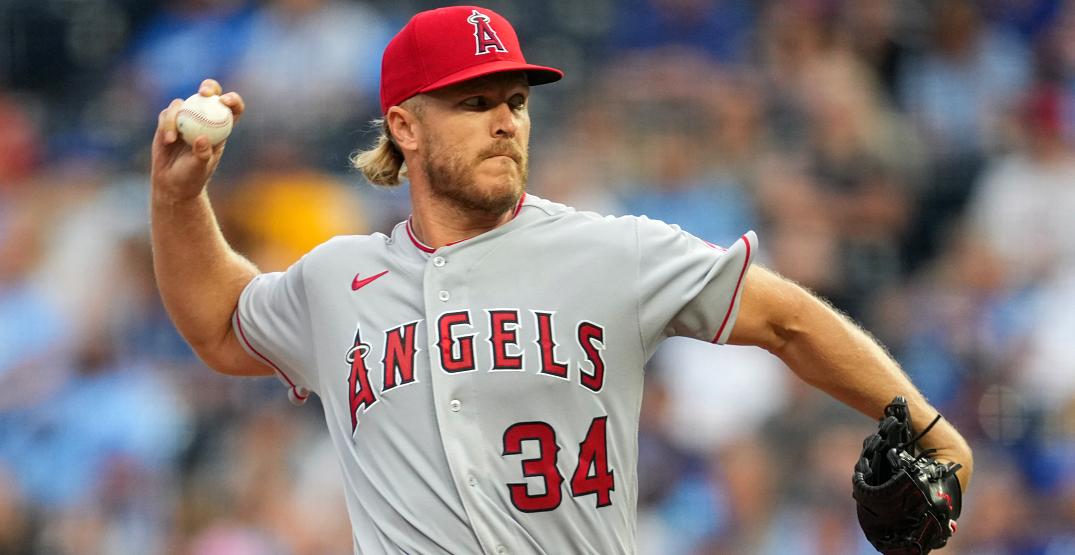 Starting pitcher Noah Syndergaard could be a member of the Toronto Blue Jays once again.

Originally a draft pick of the Toronto Blue Jays, Syndergaard has become one of the great  sports “what-ifs” as the man nicknamed “Thor” became one of baseball’s most talented stars only after leaving Toronto.

Currently in the midst of his first season with the Los Angeles Angels, the Blue Jays are reportedly “in talks” about reacquiring the starting pitcher.

The initial talks between the Angels and Blue Jays were first reported by Blue Jays Nation’s Brendon Kuhn.

Source: Blue Jays are in talks with the Angels about Noah Syndergaard

Syndergaard is 5-8 with an ERA of 3.83 and 64 strikeouts in 15 appearances this season. He currently is on a one-year deal with the Angels, worth $21 million. But with Los Angeles’ 43-59 record, it’s no secret why they’d be looking to sell.

The interest was later confirmed by Jon Morosi and Jon Heyman, both of MLB Network.

Jays are making a play for to bring back Noah Syndergaard @jonmorosi mentioned Phillies and Braves as well. @_bkuh_ also mentioned Jays

Before he blossomed into a star, the Blue Jays acquired R.A. Dickey, Josh Thole, and Mike Nickeas from the Mets in exchange for Syndergaard, Travis d’Arnaud, John Buck, and Wuilmer Becerra back in 2013.

All in all, Syndergaard has played seven seasons for the Mets and Angels, though various injury issues have forced him to miss extended stretches of play, including all of 2020 and just two games in 2021.