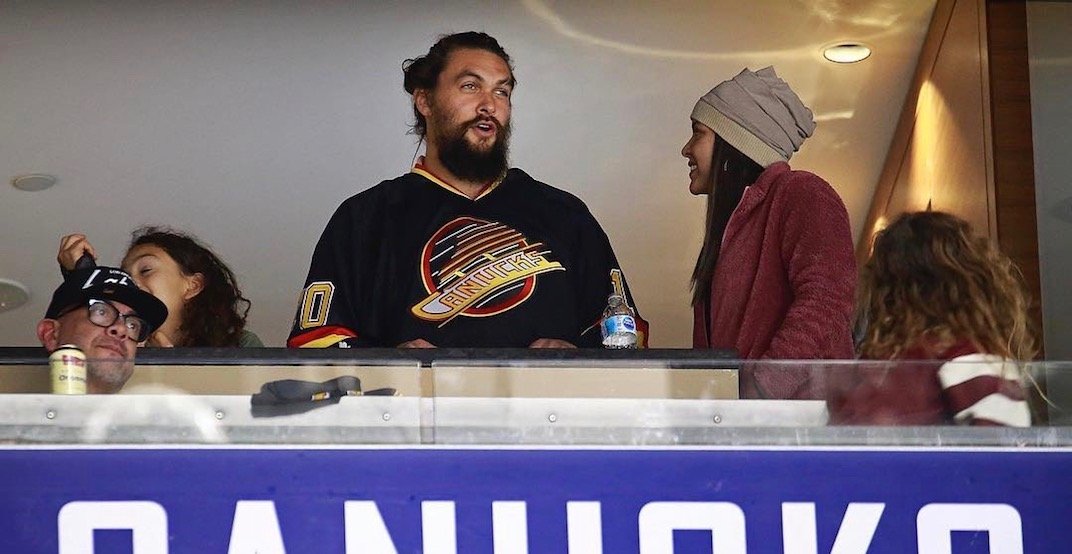 Jason Momoa is no stranger to the beautiful city of Vancouver.

The A-list American actor (and full-time American hunk) has been spotted in our city wining and dining at local restaurants in the past, but tonight he lived it up in a different way.

The Aquaman star was present at the Canucks vs Arizona Coyotes game at Rogers Arena on February 21.

Judging by what we’re seeing on social media, it looks like we can add Momoa to the list of celebs that love a good game of hockey in Vancouver.

For some reason I feel connected to this Man of the Sea @PrideOfGypsiesJ #Aquaman pic.twitter.com/XijuFU4dpY

Momoa was having a blast in a private box, where he was photographed sporting an old school Canucks jersey and taking photos with Fin.

Aquaman is a #Canucks fan 💪 pic.twitter.com/KygDc1kU5k