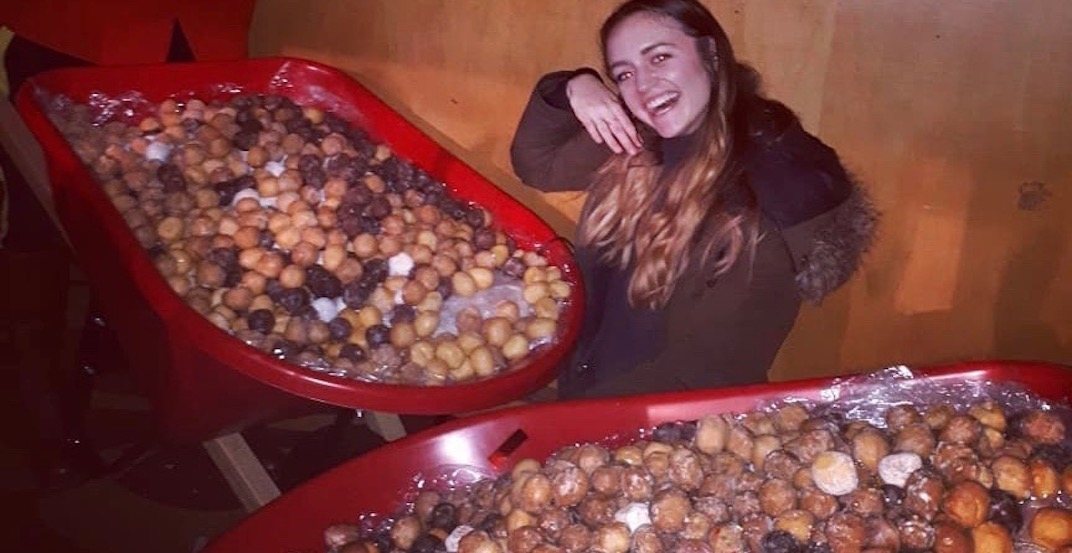 You learn something new every day, and today we learned American model Hailey Bieber and homegrown Vancouver funny guy Seth Rogen have something in common – a love of Tim Horton’s doughnuts.

Earlier this week, Mrs. Beiber took home a modest twelve pack of the Canadian chain’s regular-sized doughnuts for Valentine’s Day, but there was nothing regular about the way Rogen enjoyed his balls of dough and sugar.

After his performance with comedian Canadian screenwriter Evan Goldberg at The Vogue on February 15, an event called Kicking Back with Seth Rogen and Evan Goldberg (a part of the Vancouver Just For Laughs Film Festival and JFL NorthWest & Vancouver’s Just For Laughs Festival), the duo unveiled a sweet surprise for attendees that we’re not sure anyone was expecting.

Fans of Rogen and Goldberg posted that they arranged for heaping wheelbarrows full of Timbits, escorted by Royal Canadian Mounted Police, to be brought out at the end of their set.

Considering Rogen and Goldberg are responsible for bringing us films such as Superbad, Pineapple Express, The Interview, This is The End, 50/50, and Sausage Party, we’re not surprised there was a hilarious (and delicious) end to the event.