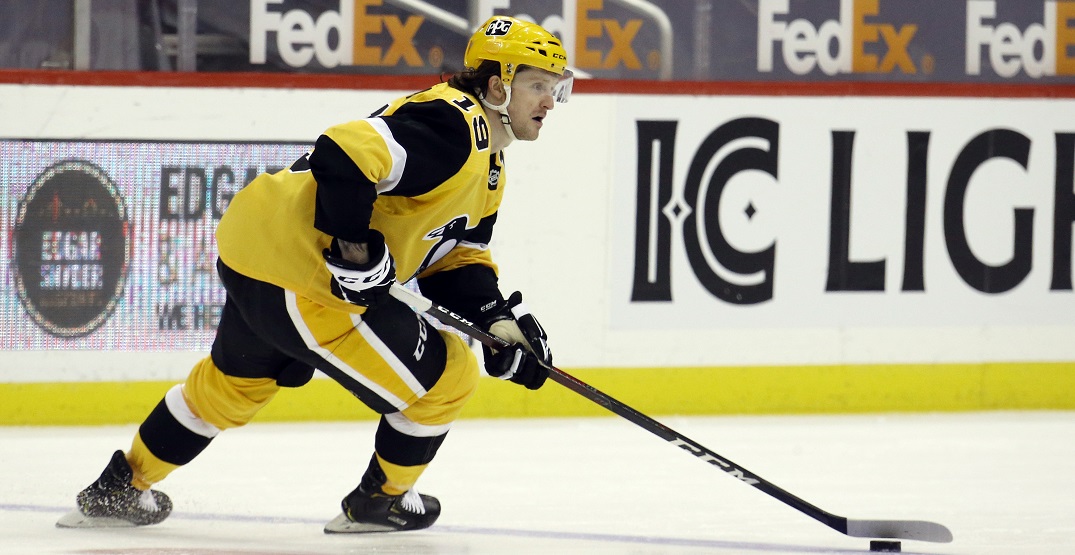 Jared McCann is the selection from the Seattle Kraken for the Toronto Maple Leafs, Daily Faceoff’s Frank Seravalli is reporting.

McCann was acquired by the Leafs just this past weekend ahead of the expansion draft for a 7th round pick and Filip Hallander.

His stay was short-lived in Toronto. The #SeaKraken will be selecting Jared McCann from the #Leafs.

The end result: Toronto traded prospect Filip Hallander and a 7th round pick to Pittsburgh to essentially protect their roster from Seattle.@DFOHockey

It appears that Kyle Dubas made the trade to protect the Leafs from losing players off this year’s roster, but many Leafs’ fans felt that McCann’s career resume warranted possible protection in the expansion draft.

It turns out a pre-recorded fish-throwing video wasn’t the spoiler many thought it could be.

Yesterday, a video popped up showing Alexander Kerfoot as the Leafs’ selection for the Kraken in the draft.

But a second video, showcasing McCann’s name as the selection, circulated on Twitter in the early hours of Wednesday morning.

McCann has played 353 games across Vancouver, Florida, and Pittsburgh, putting up a total of 66 goals and 89 assists to add up to 155 points. McCann was originally taken 24th overall by the Canucks back in the first round of the 2014 draft.