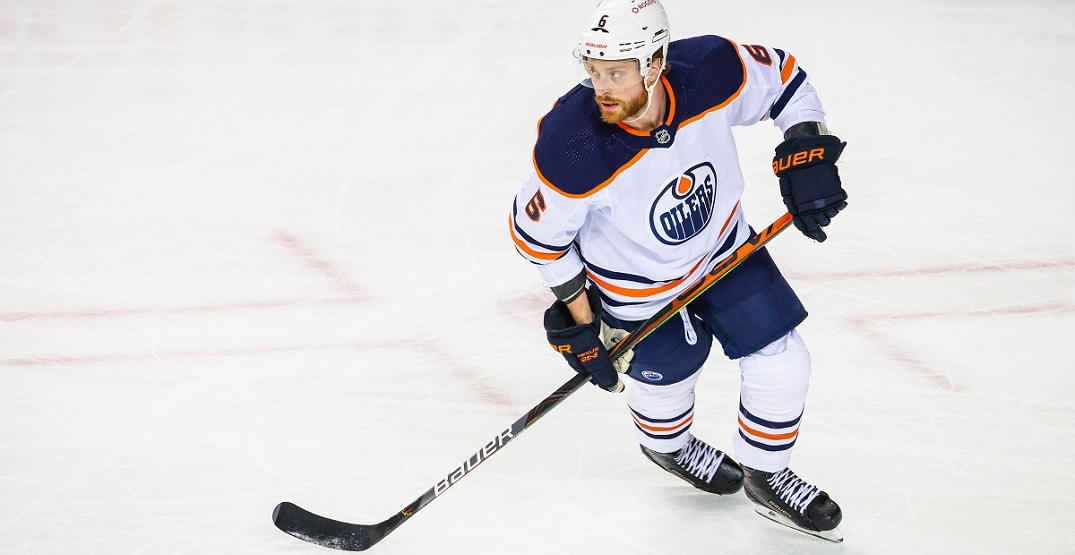 The Adam Larsson era of the Edmonton Oilers could be over, with multiple reports that he’ll be the team’s selection in the expansion draft from the Seattle Kraken.

Daily Faceoff’s insider Frank Seravalli reported Wednesday that the Swedish-born defender (along with Jamie Oleksiak) was closing in on a deal with the NHL’s newest team.

Early word is #SeaKraken are closing in on contracts with two UFA defensemen: Adam Larsson (EDM) and Jamie Oleksiak (DAL).

Not finalized. But barring any last minute change, the expectation is those players will be the selections from #Oilers and #GoStars.@DFOHockey

TSN’s Darren Dreger followed up the report, saying that Larsson had signed a four-year deal worth an average annual value of $4 million.

As Larsson is a UFA who was left unprotected in the expansion draft, the Kraken had the go-ahead to go through with an early negotiation for the long-term deal.

In an infamous one-for-one deal with former first overall pick Taylor Hall, Larsson was originally acquired by the Oilers from the New Jersey Devils back in 2016.

During his time in Edmonton, Larsson played 329 games as an Oiler, posting 16 goals while adding 52 assists for a total of 68 points.

After an injury-riddled 2019-20 season, Larsson played all 56 games for the Oilers this year on the team’s second pairing, averaging just under 20 minutes a night of ice time.