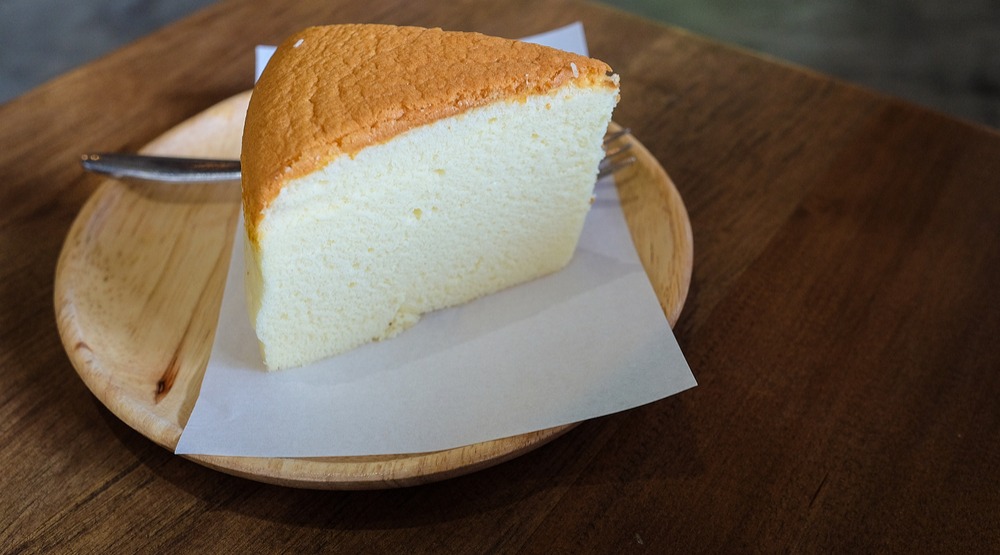 In case you haven’t noticed, traditional or New York -style cheesecake has recently been faced with some serious competition in form of Japanese cheesecake.

Defined by its height and its too-good-to-be-true fluffiness, this variety of cheesecake looks like it was made by happy tree elves in a fairytale, but this is real life, and it’s indeed a real kind of cake.

Still just as rich and creamy as the traditional version, Japanese or “souffle” cheesecake is much more cloud-like. This item is not a traditional Japanese dessert, as it was only introduced in Japanese specialty bakeries in the early 80s. There is nothing particular that makes this cake inherently Japanese other than the fact that it originated there.

Japanese cheesecake’s spongy texture is made by whisking egg whites separately to create meringue and then adding this into a combo of cream cheese, eggs, milk, and sugar creating aeration before baking. The cake is usually baked in a water bath, which is a cake pan that has been placed in a larger pan containing hot water to keep the cake moist and distribute heat evenly.

You can choose eat these babies cold, but they are typically eaten fresh-out-of-the-oven warm, which make the first couple of bites truly dreamy.

You may have heard about the lineups for Uncle Tetsu’s famous Japanese cheesecakes, which are hotstamped with the popular chain’s logo and limited to one cake per customer due to high demand. Even pregnant women can’t get away with ordering two cakes at this specific spot (check out the FAQs), and the only four Canadian locations are in Toronto.

While no Japanese cheesecake mega-chains have landed in Vancouver just yet, we can still find authentic versions of this dessert at a few spots around the city.

Where to get it:

Head to 3 Quarters Full Cafe to enjoy Japanese cheesecake in its traditional round shape.

Head to T&T Supermarket’s Vancouver locations to get a taste of their version of Japanese cheesecake.