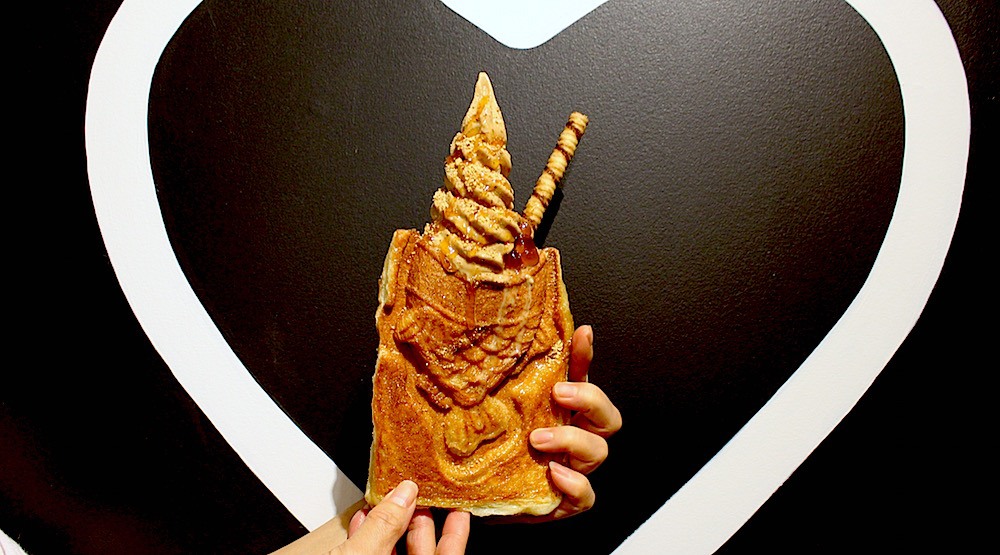 It’s safe to say that soft serve ice cream has hit Vancouver with a vengeance, but the treat also seems to have some sticking power. One of the best spots in town for a soft serve fix is 720 Sweets, and following the 2015 launch of their Broadway flagship, the company has expanded its empire to include a full-size shop in Richmond, and a mini shop inside a T&T Supermarket at Metrotown in Burnaby.

As part of 720 Sweets’ growth, they’ve made some menu changes and additions that are about to hit the two full-size area shops. More drinks, a new soft serve flavour, and their take on a trendy sweet pastry are rolling out the last week of November. 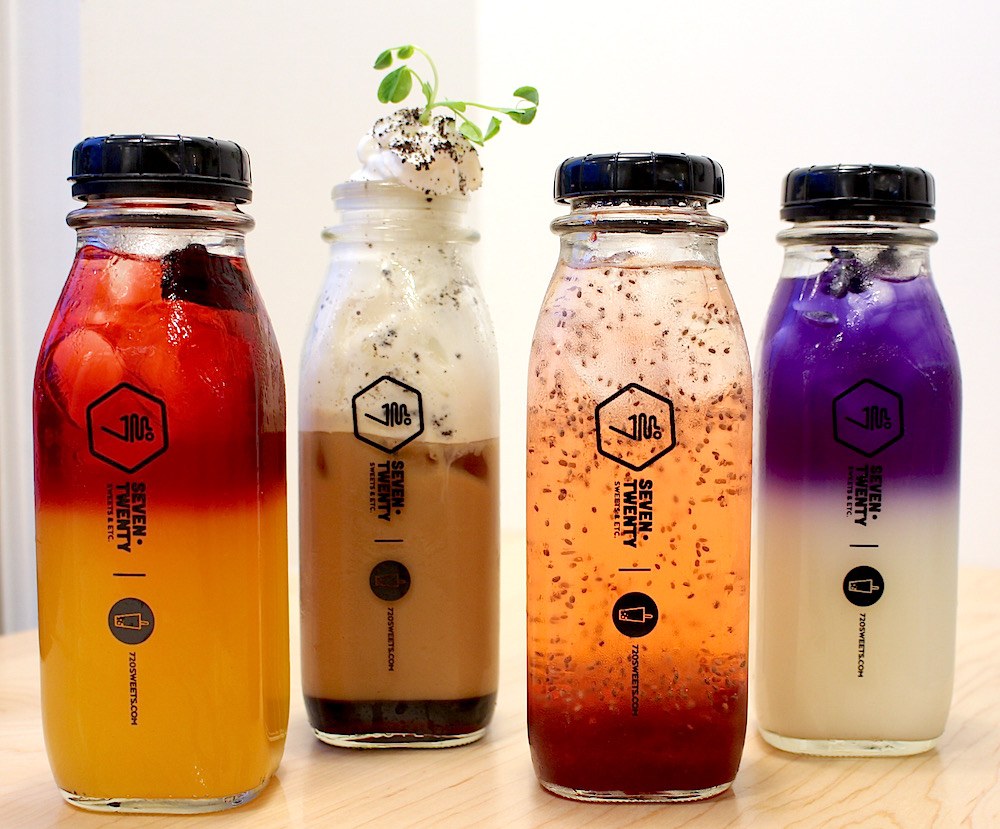 Two new drinks have joined the 720 Sweets lineup, joining popular bevs like their milk tea Westcoast Fog (which is presented with the visual of a seedling in soil in the bottle’s mouth). Both with their names still in negotiation, they have major eye appeal; there’s a red and orange hibiscus-passion fruit drink, and a sweet and slightly tart purple and white lavender Yakult (yogurt drink). The purple hue for the latter, by the way, is all-natural, thanks to purple Butterly Pea Flowers.

The drinks are shake-and-serve, and come in 720 Sweets glass bottles, which are yours to keep. If you bring your bottle back, though, you’ll get $1 off your next drink.

The new soft serve flavour hitting the lineup is Moo-tella, which, as the name suggests, is just like the chocolate hazelnut goodness of Nutella. Served sundae-style double-cupped with the ice cream shop’s signature dry ice fog, the Moo-tella is piled with brownie chunks and a chocolate drizzle. 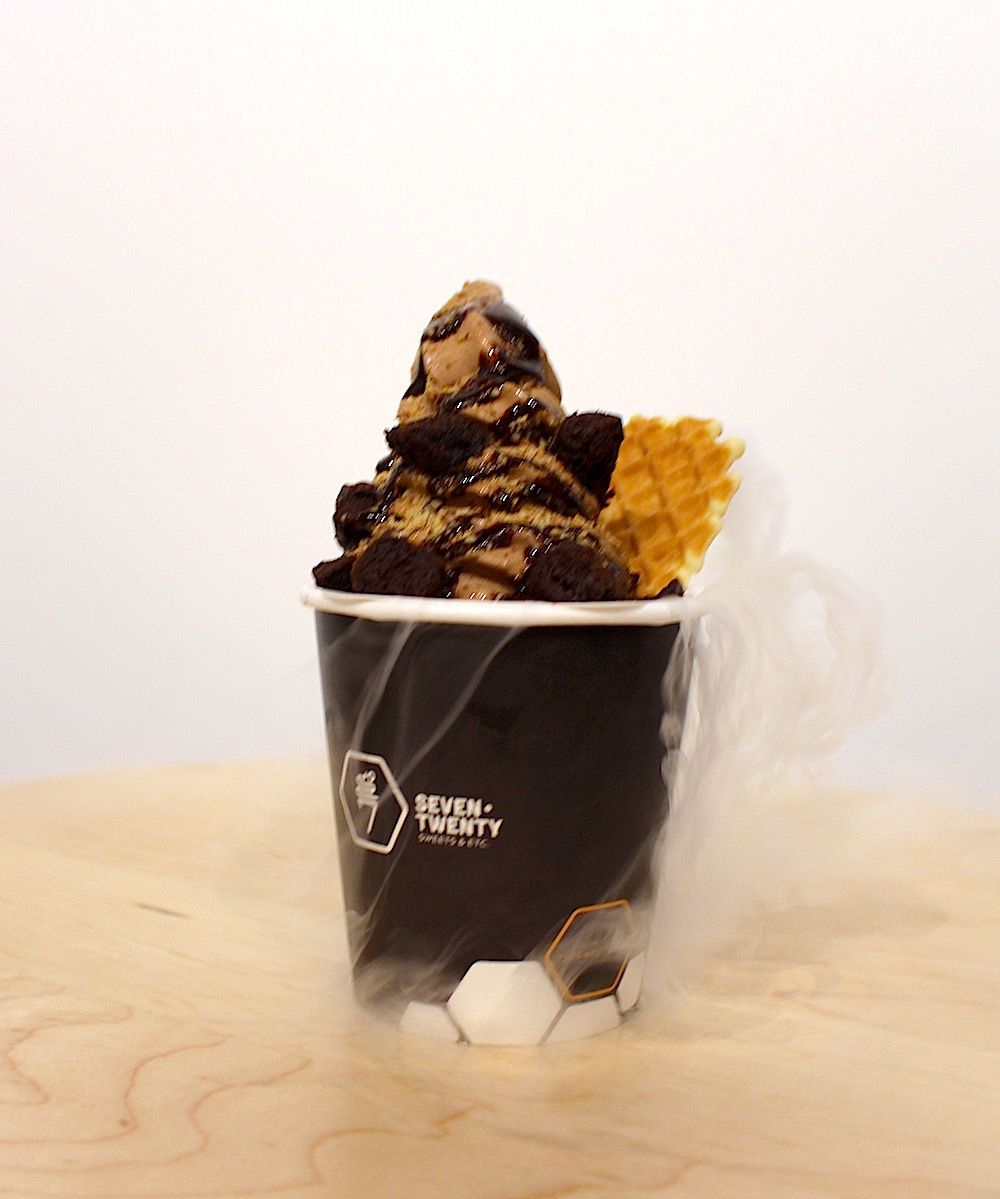 Moo-tella’s arrival means 720 Sweets is bumping vanilla off their menu, which means their “Cloud 9” sundae, with its cotton candy crown, will be no more, but don’t let that get you down; you can add that oh-so-Instagrammable cotton candy to any of their sundaes.

The last exciting addition to the menu are the taiyaki, which are fish-shaped pastry pockets you can have either as cones for soft serve with toppings, or filled and sealed with red bean or Nutella. 720 Sweets crafted their own recipe for their taiyaki, using a buttery flake pastry, much like a croissant. The taiyaki has the perfect texture for holding up to the chill and creaminess of the soft serve, or, when pressed to order and filled, a great density for holding the ooze-y insides. 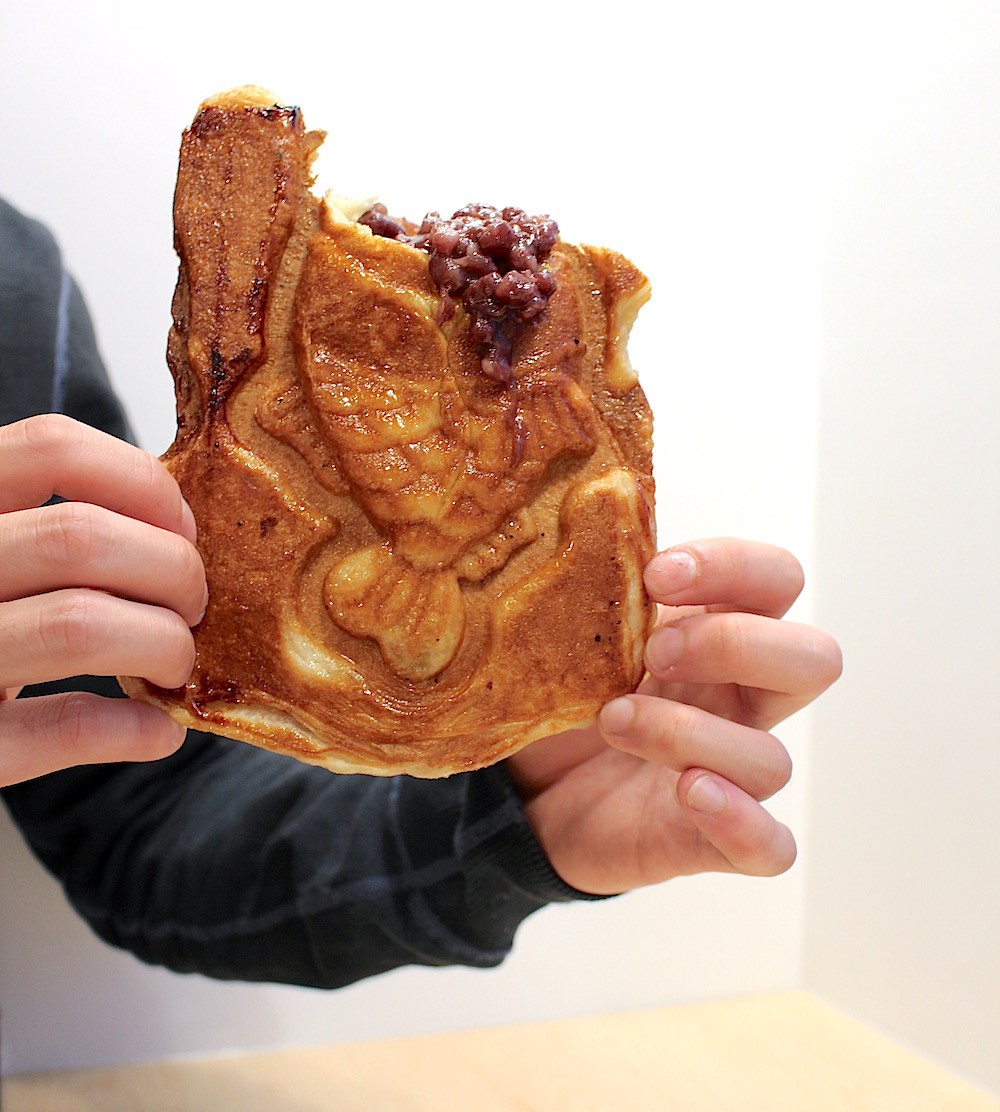 It’s definitely an exciting time for 720 Sweets, from their Richmond debut and the launch of their first store-within-a-store at T&T Supermarkets. The plan is already in motion to add more T&T locations, and their shop on Kingsway near Joyce is looking for a January or February open. Additionally, 720 Sweets is seeking franchisees for locations in Surrey and Coquitlam.