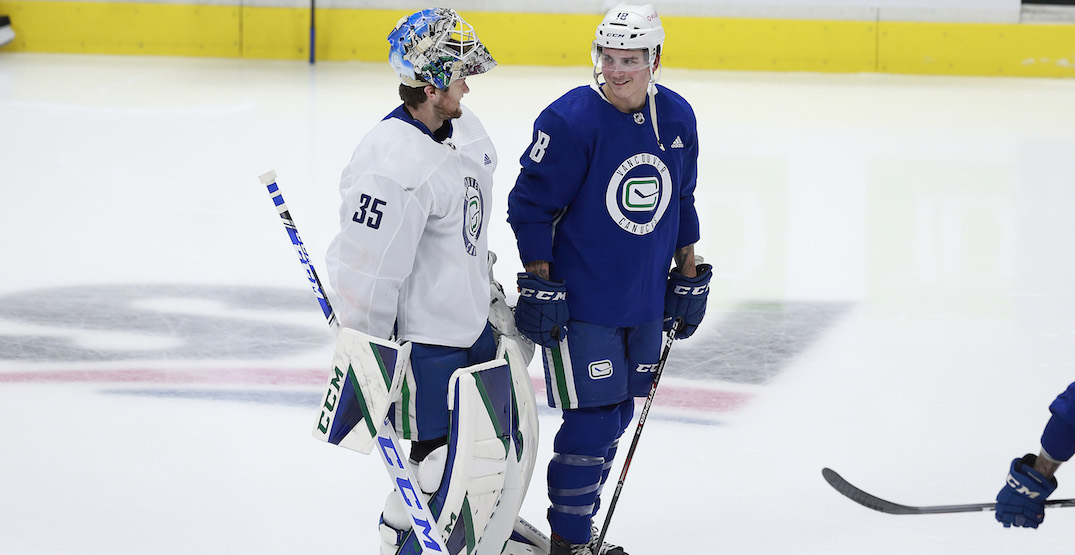 Jake Virtanen appears headed for his first healthy scratch of the season tonight.

Kevin Woodley of InGoal Magazine and NHL.com spotted the Canucks winger on the ice at Rogers Arena this morning, which wasn’t a scheduled on-ice session for the rest of the skaters that played last night.

Perhaps more noteworthy: Virtanen + Gaudette were among 10 players/taxi squad that also skated, but Gaudette was off early + Virtanen stays for a hard group skate late so could be healthy scratch. Jayce Hawryluk, injured in training camp scrimmage, also skated this am

With back-to-back games against the Senators, it appears Adam Gaudette will get back into the lineup, after being scratched for the last three games.

Both Virtanen and Gaudette have had disappointing starts to the season, with just one goal each, playing primarily on Vancouver’s third line. Virtanen has been used sparingly the last two games against Ottawa, playing just 10:47 on Wednesday and 9:20 on Monday. He wasn’t very noticeable last game, save for a bad penalty in the first period, which led to a Senators power play goal.

Gaudette may shift to the wing tonight, as Brandon Sutter has provided more stability (not to mention a hat trick on Monday) in the middle.

This is the first time Virtanen has been made a healthy scratch since the opening game of the Minnesota series last summer. He played all of the Canucks’ 69 games last season, recording career highs across the board, with 18 goals and 36 points.

The Canucks are looking to get back to .500 tonight, as they carry a 4-5-0 record into their third straight game against the Senators. The game is on Sportsnet at 7 pm PT.