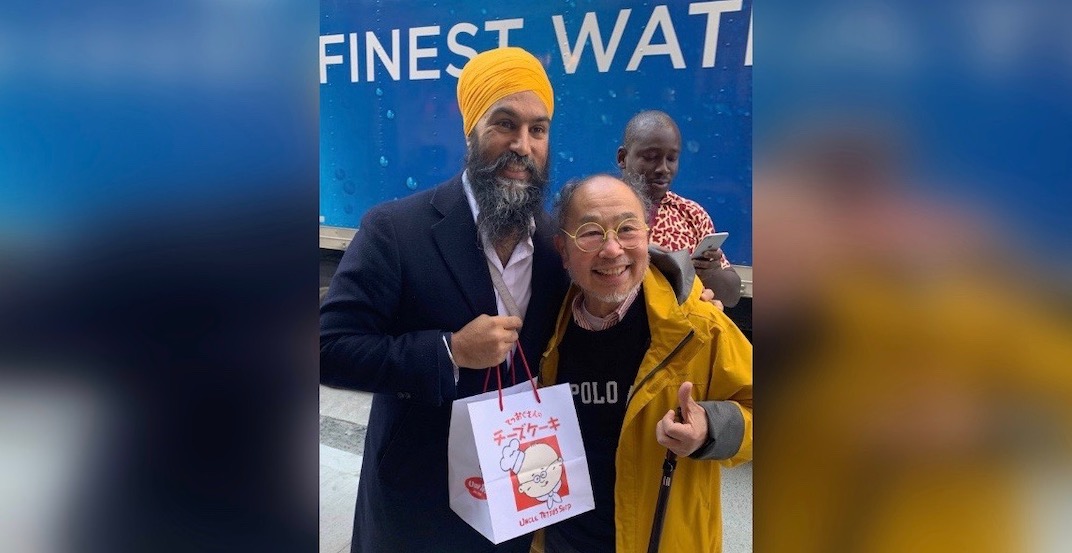 NDP Leader Jagmeet Singh has been busy working on the Federal Election campaign trail over the past few weeks, but today he got a sweet surprise while in Toronto.

The politician posted a photo of himself posing with the one and only Uncle Tetsu, aka founder of the iconic dessert chain known for its signature Japanese cheesecakes, Honey Madeleines, and Rusks.

Jagmeet Tweeted the image with a caption calling him “THE Uncle Tetsu” and also said he was given a cheesecake, adding “I’m feeling pretty good right now.”

I just met Uncle Tetsu – like THE Uncle Tetsu – in Toronto. He gave me one of his cheesecakes. So I’m feeling pretty good right now. pic.twitter.com/miEUFxyXau

Jagmeet has a lot in common with other Canadians who love the signature light, fluffy-as-a-cloud dessert, but it looks like he didn’t have to line up for his offering this time!