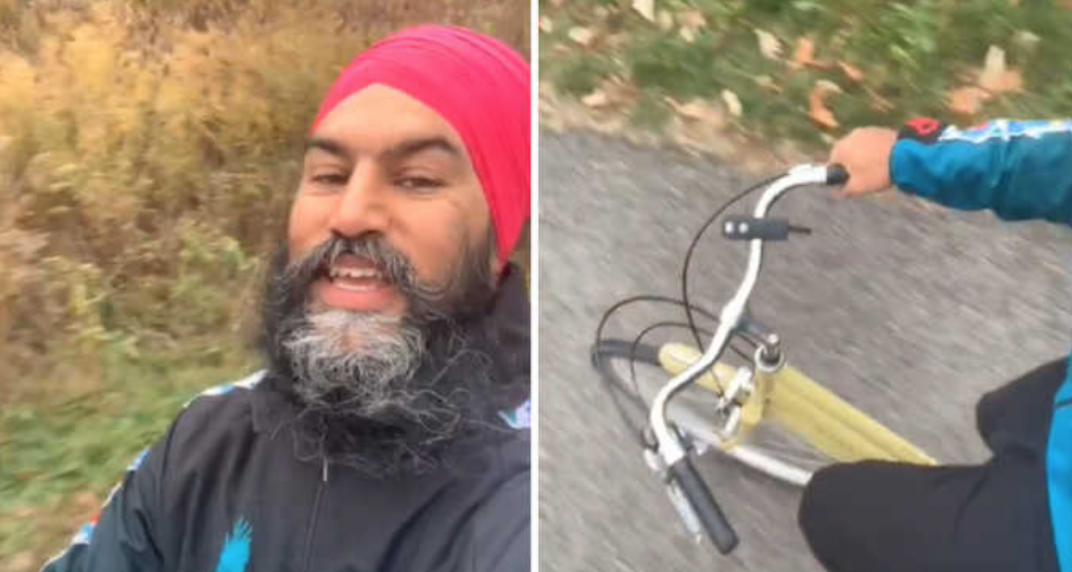 Federal NDP Leader Jagmeet Singh has recreated the viral “Dreams” TikTok for the third time, and in this version, he is on his bike.

The TikTok that started the trend was posted by Nathan Apodaca, known on social media as doggface208, who went viral for longboarding while drinking cranberry juice straight from the jug and listening to Fleetwood Mac’s “Dreams.”

Singh originally joined the trend filming himself riding a skateboard and drinking a can of Zevia to the Fleetwood Mac song.

This time, the politician has reinvented his performance, putting a spin on the original trend and filming himself riding a bike to the song.

He’s not drinking anything because he needed both of his hands to film and steer the bike, but it’s still pretty impressive.

“Ok just one more #cyclelife edition,” he captioned the video.

Looks like Singh could be the biggest fan of this TikTok trend. Let’s see what he has in store for us next.