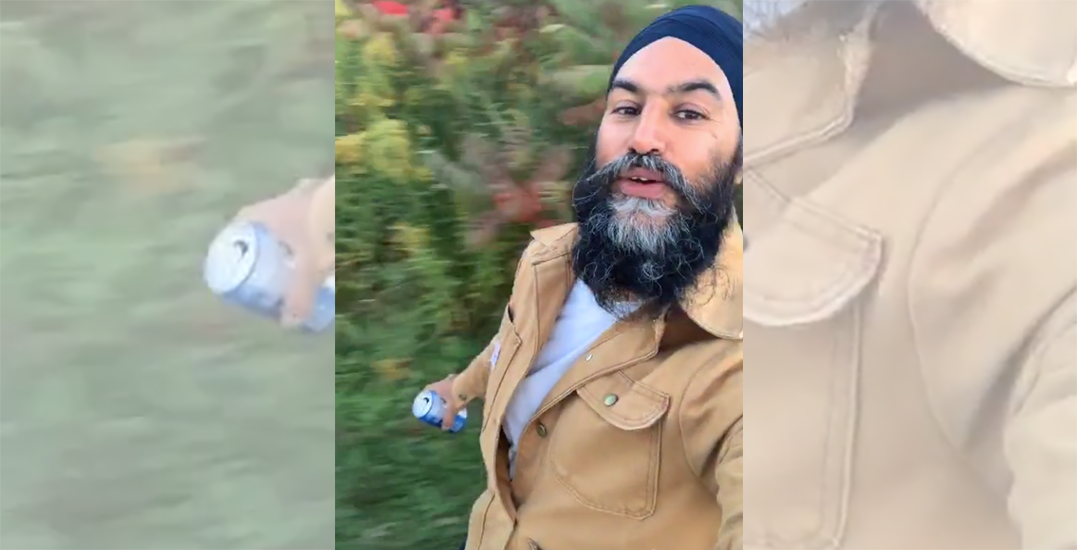 NDP leader Jagmeet Singh is the latest to join in one of the most recent viral TikTok trends.

In late September, Nathan Apodaca, known on social media as doggface208, uploaded a TikTok of himself longboarding while drinking cranberry juice and listening to Fleetwood Mac’s Dreams.

The short clip went viral, receiving more than 26 million views and 4.9 million likes on TikTok since the time of posting. And according to Billboard, Dreams skyrocketed in popularity, gaining a whopping 8.47 million in on-demand streams.

Apodaca’s TikTok has since been recreated by thousands, with Singh being one of the most recent to join in. Jagmeet Singh’s version, which has received nearly 2 million views since being shared on Tuesday, shows him singing along with a can of Zevia, instead of cranberry juice.

And who knew that Singh could skateboard?

He’s not the only big name to join in on the trend. Earlier this week, Mick Fleetwood, drummer and co-founder of the group Fleetwood Mac, joined in too.