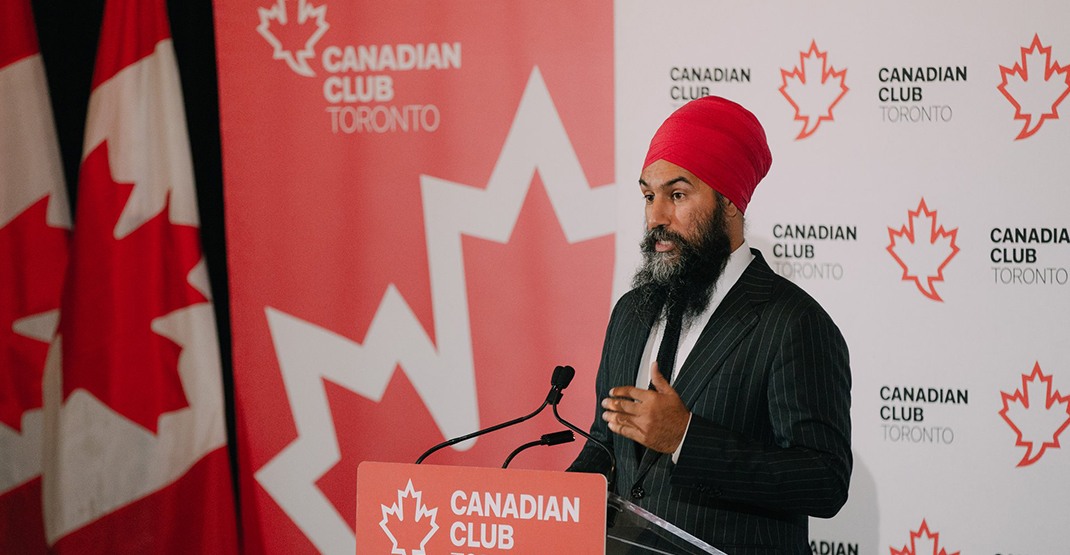 It wasn’t the question federal NDP leader Jagmeet Singh was being asked, but rather it was who was asking.

On Thursday night, following the federal candidates’ french language debate, members of the media had the opportunity to pose questions to each of the candidates.

But there was one reporter who NDP Leader Jagmeet Singh opted to not take any questions from – or provide any answers to: Rebel Media’s Keean Bexte.

During the exchange, Bexte told Singh that Green Party Leader Elizabeth May had made mention to him of taking “the Alberta oilsands offline in a decade.”

He then asked Singh about his timeline for taking them offline.

“I’m going to pass on the question, my friend,” said Singh.

“Okay, so do I get the follow-up then, or you just going to pass on the question?” asked Bexte.

“I’m just not going to answer your question,” said Singh. “Anyone else can ask it.”

Bexte then went ahead anyway, and asked Singh how he “had the moral authority to take the Alberta oil sands offline, given that Alberta just recently rejected your party in the largest democratic mandate that the province has ever seen?”

Singh repeated that he was not going to answer a question from Bexte.

Watch the entire exchange below.