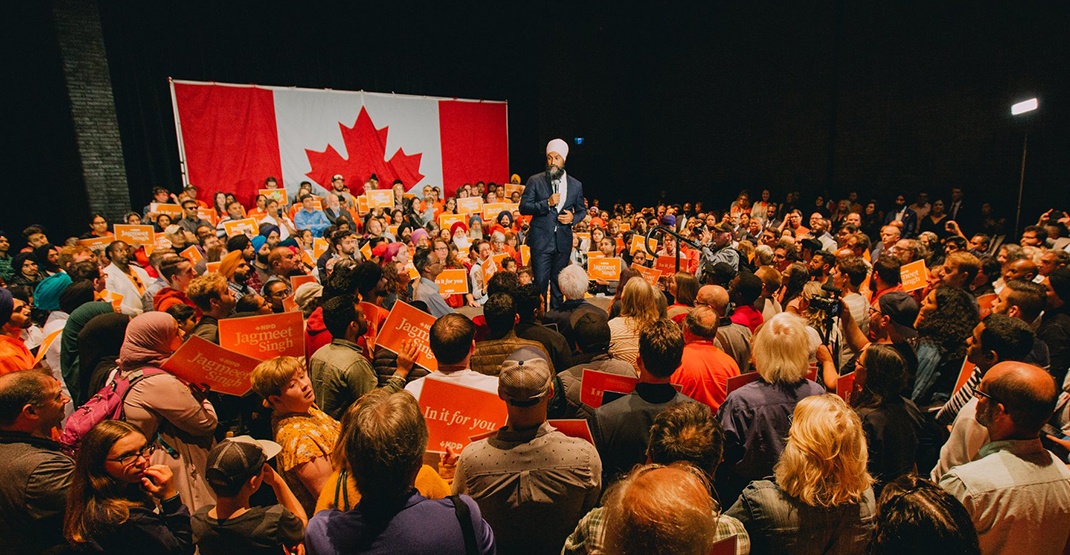 The NDP is proposing to run a deficit of $32.7 billion next year if they win the federal election, with no plan to return to balance.

New Democrats released their platform costing Friday, and it shows $35 billion in planned new spending next year and $30.5 billion in expected new revenues.

The balance sheet shows many new investments would be front-loaded in the first year of an NDP government, as the projected deficit falls to $18 billion in year two, then sits at around $16.5 billion for the remaining two years.

“A lot of times when people hear balanced budgets, they hear austerity and they hear cutting their services — and I don’t believe in that,” Singh said.

“I do believe in being prudent and I believe people want us to live within our means. That’s why we are talking about increased revenues to be able to pay for our investments.”

The party said its plan would still see the country’s debt-to-GDP ratio fall over the four-year time period.

The largest new spending promises include $10 billion for pharmacare, another $1.9 billion for dental care — which would fall to about $830 million annually after the first year — and $5 billion for building new affordable homes. The plan also includes $1.8 billion for ending boil water advisories for Indigenous communities.

Having “head-to-toe” health coverage is the NDP’s aspirational goal, Singh said, but it is not yet costed out or included in the plan. Singh said he hopes that introducing pharmacare will
ultimately save the health system some money, which could then be put back into coverage for vision care, hearing care and mental health services.

Other new spending would include $1 billion in the first year to work toward universal childcare, with the cost rising by $1 billion each year, $1.5 billion for green transit and transportation spending, and $1.5 billion for First Nations housing and infrastructure.

The latter tax of 1% on wealth of over $20 million could be challenging to enforce as those people look for ways to transfer assets and avoid paying it, Singh conceded Friday.

“That is a real fear that people have raised,” he said. “The advice we received (was) that it would cost more to try to hide money than it would be to just pay the 1%.”