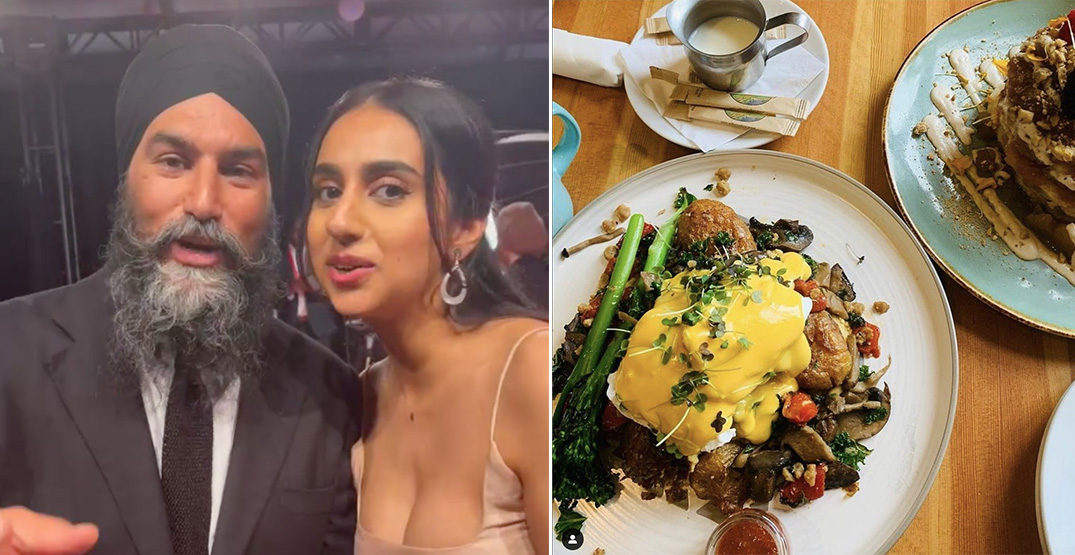 Just a few months after welcoming their baby daughter, NDP Leader Jagmeet Singh and his wife Gurkiran Kaur were out on the town Sunday night for the JUNO Awards.

Daily Hive caught up with the perfect pair on the red carpet.

Kaur chimed in adding that everyone’s healthy and happy and that the couple feels comfortable with leaving their daughter at her grandparents.

“It’s important to be able to get out, and we think that it’s been rare to be able to have moments where you can get out in a way that’s so public with so many people together, and so it feels a bit hopeful in a way…that we’re moving past the pandemic,” explained Singh.

The country certainly seems to be moving past the pandemic with looser public health restrictions. Canadians can now dine in at most restaurants, which is exciting, especially in time for summer, so we asked Singh and Kaur for their restaurant recommendations in Vancouver and Toronto.

“That’s a hard one because we have so many,” said Kaur.

In an adorable interaction, Singh and Kaur tried to reveal their answers at the same time on the count of three, but the pair ended up sharing each other’s fave spots.

In Toronto, the pair agreed on Planta Queen and DaiLo.

In fact, there’s a photo of Singh and Kaur hanging with the DaiLo team from a couple of weeks ago.

Five out of five stars from the Canadian couple!