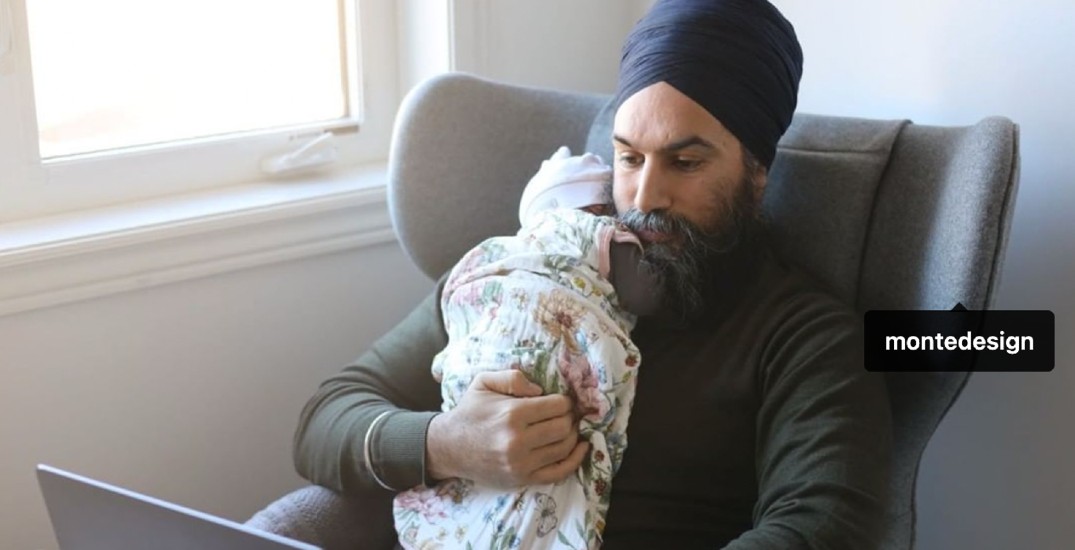 NDP leader Jagmeet Singh has come under fire for tagging a furniture company in an Instagram post.

In the photo, Singh is sitting on a rocking chair with his laptop in his lap, holding his newborn daughter.

Singh posted the unassuming image taken by his wife, Gurkiran Kaur Sidhu, on Monday. “How I’m spending my time these days 😊 ” reads the caption.

The comments on the image are overwhelmingly positive and congratulatory — the couple welcomed their first child on January 3. However, some people noticed the Canadian furniture company, Monte Design, tagged within the image, and began questioning Singh’s ethics as a government official.

Monte Design had sent the rocking chair to Sidhu in exchange for a feature on her Instagram, and Singh tagging it on his page violates laws laid out in the Canadian Conflict of Interest Act.

A lot of the vitriol targeted towards Singh for the post has come in the form of tweets, with critics likening him to Prime Minister Justin Trudeau.

@theJagmeetSingh nice pic TikTokKing! You’ve obviously learned ethics from @JustinTrudeau! You get your freebies & flash your fancy lifestyle while Canadians struggle with inflation! U’r too scared to stand up to Trudeau for Canadians! #JagmeetIsNotForThePeople #ResignNowJagmeet

Please do not forget to mention that you received this $1849 chair for free in return for posting the pix and the chair company brand on Instagram. https://t.co/fJJQlqxjrc

The PM has previously received warnings and fines for not declaring gifts he received. The law requires government officials to declare all gifts valued over $200 within 30 days of receiving them.

Conflict of Interest and Ethics Commissioner Mario Dion slapped Trudeau with a $100 fine in 2018 for not declaring a pair of expensive sunglasses he got as a gift from Wade MacLauchlan, the former premier of Prince Edward Island.

The grey rocking chair, known as the Grand Jackson Chair, sells on Monte Design’s website for between US $1,695 and US $1,895, depending on the colour and upholstery option.

Daily Hive has reached out to the NDP and Jagmeet Singh’s Director of Communication Mélanie Richer for comment.