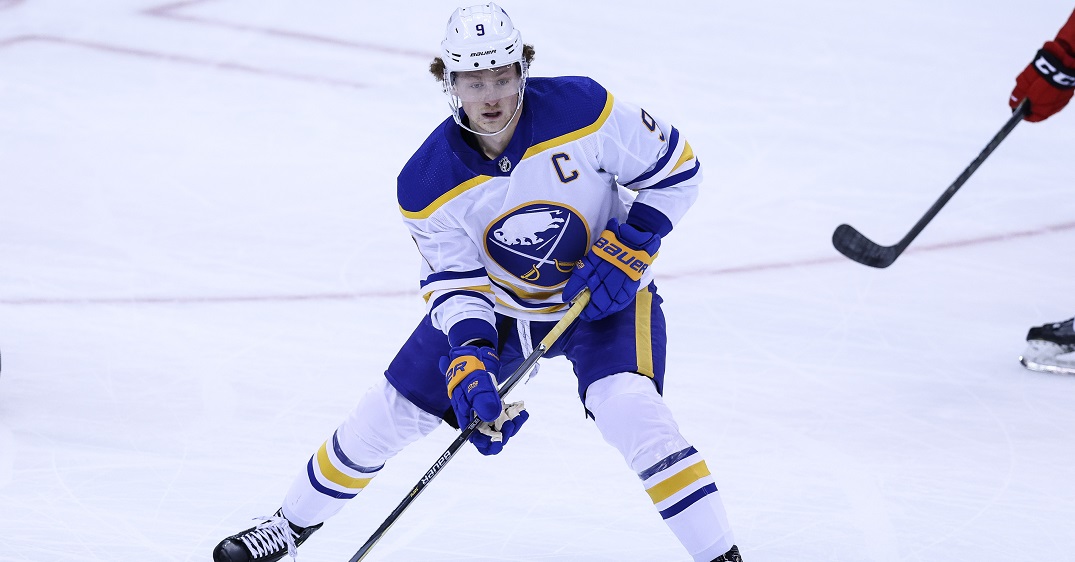 After months of speculation, the Buffalo Sabres sent their former captain away to the Vegas Golden Knights (along with a 2023 third round pick) in exchange for forwards Alex Tuch and Peyton Krebs, as well as two draft picks.

Eichel, the former second overall pick in the 2015 draft, had spent his entire 375-game career in Buffalo, notching 355 points.

The transaction was a long time coming, after a public feud between Eichel and the Sabres that included Buffalo stripping its star of his captaincy to begin this year’s training camp.

The Calgary Flames were named this week as being in contention for Eichel, including possibly including Matthew Tkachuk in the trade, but it appears (obviously) that nothing came to fruition.

Eichel hasn’t played since March due to a neck injury, but there was a dispute between him and his now former team about whether he should undergo a fusion surgery (Sabres’ preference) compared to an artificial disc replacement surgery (Eichel’s preference).

Per Emily Kaplan of ESPN, it seems like Eichel should be allowed to get his preferred surgery, putting his return timeline a minimum of about three months.