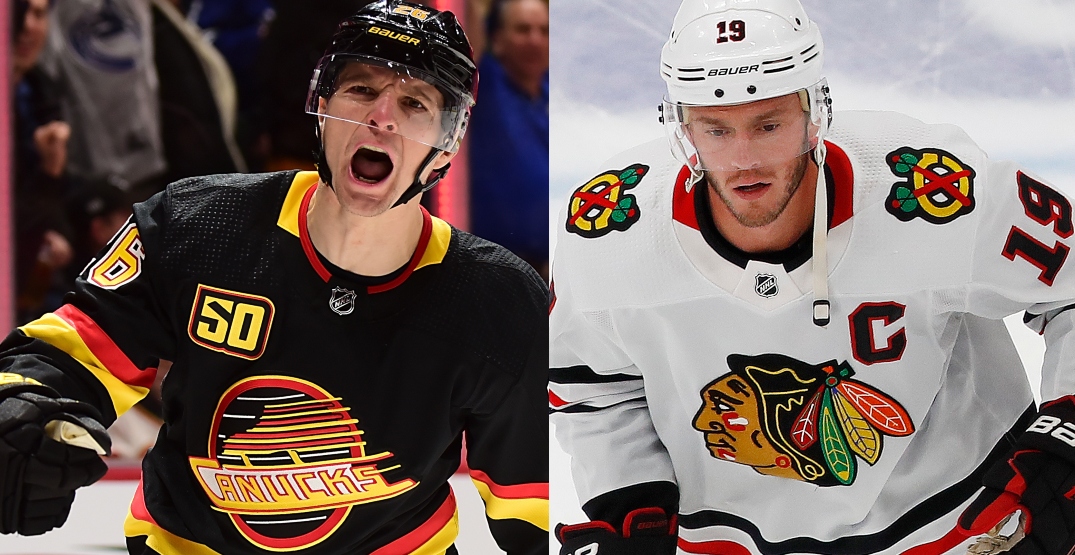 Toews defended former Blackhawks executives Stan Bowman and Al MacIsaac, who each resigned after an investigation revealed that they knew about Kyle Beach’s sexual assault allegations against the team’s video coach Brad Aldrich in 2010 but failed to act on it immediately.

“I have a lot of respect for them as people. They’re good people. When it comes down to how they feel looking back on the situation, that’s not up to me to comment on,” Toews said.

“To me, Stan and Al, make any argument you want. They’re not directly complicit in the activities that happened,” Toews added, according to the Chicago Sun-Times. “Regardless of mistakes that may have been made, for someone like Stan, who has done so much for the Blackhawks — and Al, as well — to lose everything they care about and their livelihoods as well … I don’t understand how that makes it go away, to just delete them from existence and [say], ‘That’s it, we’ll never hear from them again.'”

Aldrich left the Blackhawks that offseason, but in the years that followed, he was allowed to coach at a university and high school team, where he sexually assaulted a 16-year-old boy.

Given that context, Toews’ comments were not well received by many people, including Roussel.

“Jonathan Toews is a captain. He’s a winner. He’s all those things… but he may be a little human,” Roussel said (translated from French). “It was really disappointing to see how he still protected these people. They could be your friends. Maybe. But they reacted badly, and sometimes when friends react badly, they just have to face the music.”

“It was not okay to say what he said. It was really disappointing. In the beginning, I defended Toews, but that’s no longer the case.”

Roussel, who now plays for the Arizona Coyotes, also took aim at the NHLPA for not doing enough to protect Beach.

“I was surprised to see that level of negligence in that department… It’s not acceptable. You look to your union and tell them that there’s a problem; that’s when you need each other. That’s when you need them to go to bat for you. In the end, it was the complete opposite.”

“Don Fehr does not work hard for all NHL players, only the ‘top guns’ of the league… In this case, he responded badly to the situation, and now he will probably lose his job.”