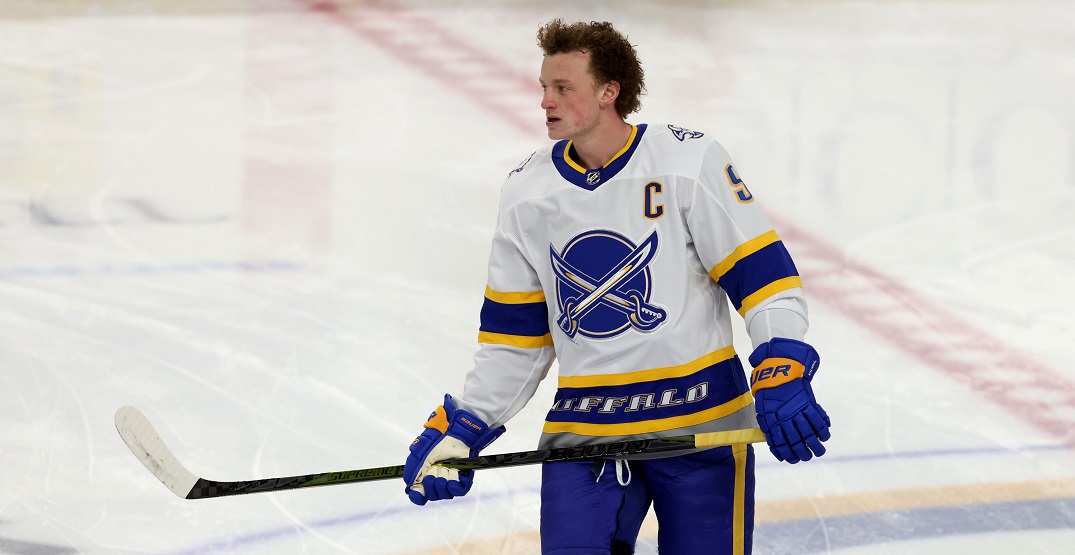 The possibility of Jack Eichel joining the Calgary Flames is looking more and more real.

ESPN reporter Emily Kaplan joined Arda Ocal on Tuesday night to discuss the likelihood of Eichel moving to the Flames. Eichel, who has not played this season due to a neck injury, requested a trade from the Buffalo Sabres in the offseason and was subsequently stripped of his team captaincy before training camp.

Eichel trade rumours have been rampant ever since.

“This saga now has two finalists, the Calgary Flames and the Vegas Golden Knights,” Kaplan said to Ocal.

In his six seasons in the NHL, Eichel has put up 355 points in 375 games. But his Sabres have failed to make the playoffs each year, finishing no higher than sixth in the Atlantic Division.

No specifics of the trade were discussed, though Kaplan said: “neither Calgary nor Vegas” have met Buffalo GM Kevyn Adams’ full demands. However, she did say the trade was at the “one-yard line,” meaning it is likely that further details will be released soon.

Part of the disconnect between Eichel and the Sabres was the preferred treatment method to his injury. The Sabres were pushing for fusion surgery, while Eichel wanted an artificial disc replacement surgery.

Kaplan added that both the Flames and the Golden Knights were willing to give Eichel proper time for the latter option, which could still sideline him for three months or more.

Here’s the latest on Jack Eichel.

Multiple sources tell ESPN it’s down to Calgary and Vegas. Sabres GM Kevyn Adams is working hard to get it done, but neither team has met his asks yet.

Sources say both teams are OK with Eichel getting his preferred surgery. pic.twitter.com/uiJsGFeDmE