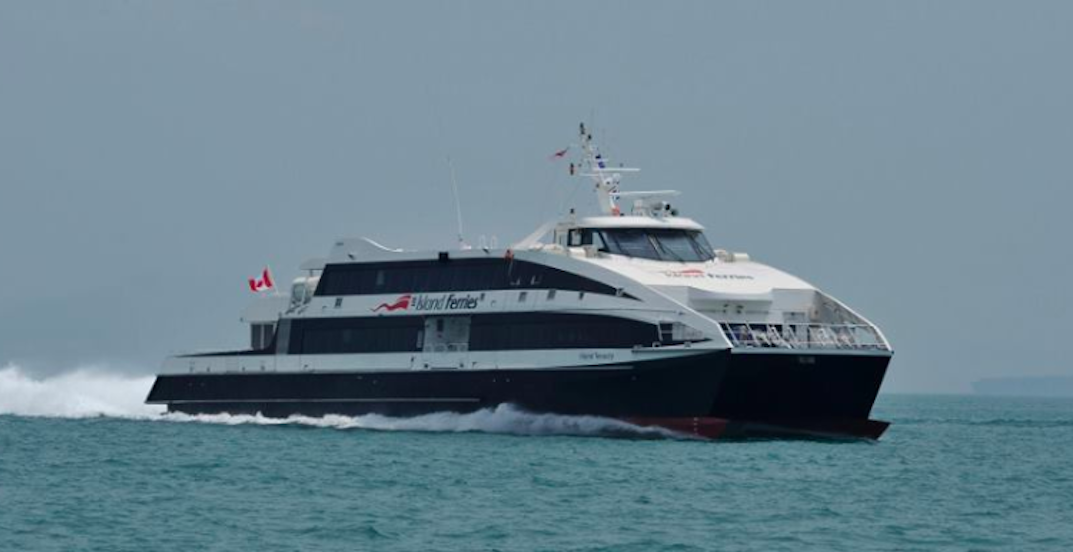 The launch of a new high-speed commuter ferry service between downtown Vancouver and Nanaimo has been delayed, again.

Early this year, Island Ferries announced they were confident with a possible summer 2019 start to their regular service, but that can no longer be achieved after the private company lost one of its two investors.

In a statement posted on their Facebook page this week, the company says they secured a “substantial portion of funding” in April required to complete their financing, but they “were also set back when one highly-expected source of funding did not come through.”

“We have been working actively with our investment partners to replace those funds and are currently in a due diligence phase with two separate entities,” continued the statement.

“We continue to attract seed investment to keep us going and we have been able to move forward on all aspects of the project.”

Another issue is the two high-speed catamaran ferry vessels have yet to arrive from a shipyard in Singapore. Island Ferries says these ships are secured, under construction at a cost of $40 million, and committed to the company.

But some clear progress has been made; they have finalized the required lease and license agreements for the terminals in downtown Nanaimo and downtown Vancouver, which will be located on the outer berth of TransLink’s SeaBus terminal at Waterfront Station.

All required environmental assessments and permits have been completed and obtained from the Vancouver Fraser Port Authority for the modifications required for the SeaBus terminal. Delays with terminal permitting were previously stated as a major obstacle in launching the service.

Terminal construction works at Nanaimo and Vancouver still need to happen in order for the ferry service to launch.

Earlier this month, Island Ferries did not respond to Daily Hive’s inquiries on the service’s launch timeline.

Unlike other local catamaran ferry operations, this new Vancouver-Nanaimo ferry service is intended to be an affordable commuter ferry option.

Multiple trips will be made daily between both cities, with each one-way trip boasting a travel time of just 68 minutes and a starting fare of only about $25. In contrast, the BC Ferries crossing time from West Vancouver to Nanaimo is 100 minutes – and that does not even include the driving time to and from the Horseshoe Bay terminal.

Each Island Ferries vessel will have a capacity of 376 passengers and a maximum speed of 40 knots (75 km/h).

The acquisition of two vessels also provides the service with a backup vessel and ensures the continuation of service, unlike the failed Harbour Lynx service which went bankrupt in 2006 when its single 300-person capacity catamaran vessel suffered a fatal engine failure.