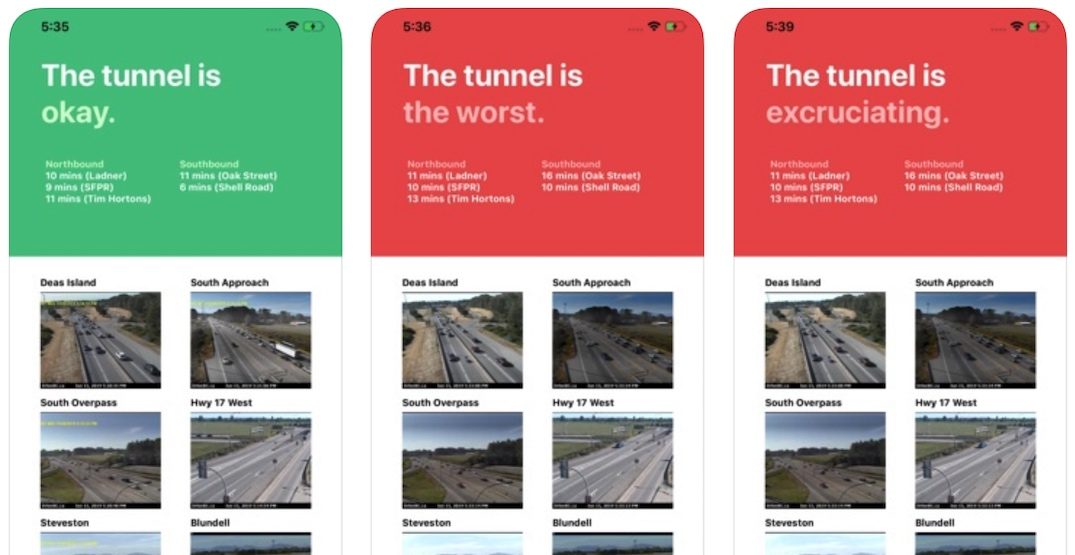 Screenshot of 'Is The Massey Tunnel Okay?' app. (Christopher Powroznik)

A new free app created by a University of British Columbia student provides drivers with a quick single source for traffic congestion levels in the George Massey Tunnel — and it’s aptly named ‘Is The Massey Tunnel Okay?’

Christopher Powroznik, who lives in Ladner and is a software developer in Vancouver outside of his studies, told Daily Hive he initially created the app for himself, but after his parents became keen with using the platform he decided to make it publicly available.

“I made the app because I was tired of checking a bunch of different map services, and wanted a quick way to check. Initially, I made it for myself, but soon my mom wanted it, and then my dad,” he said.

“So I decided to make a revamp for everyone and release it. It makes life so easy for determining when I should go through the Massey Tunnel and wanted to give that utility to the 10s of thousands that take the tunnel every day.”

The app analyzes real-time data from map services and DriveBC webcams to provide estimates of the driving/wait times, accompanied with live images of the tunnel’s condition.

Users can also submit and share their personal times with other drivers for supplemental details. 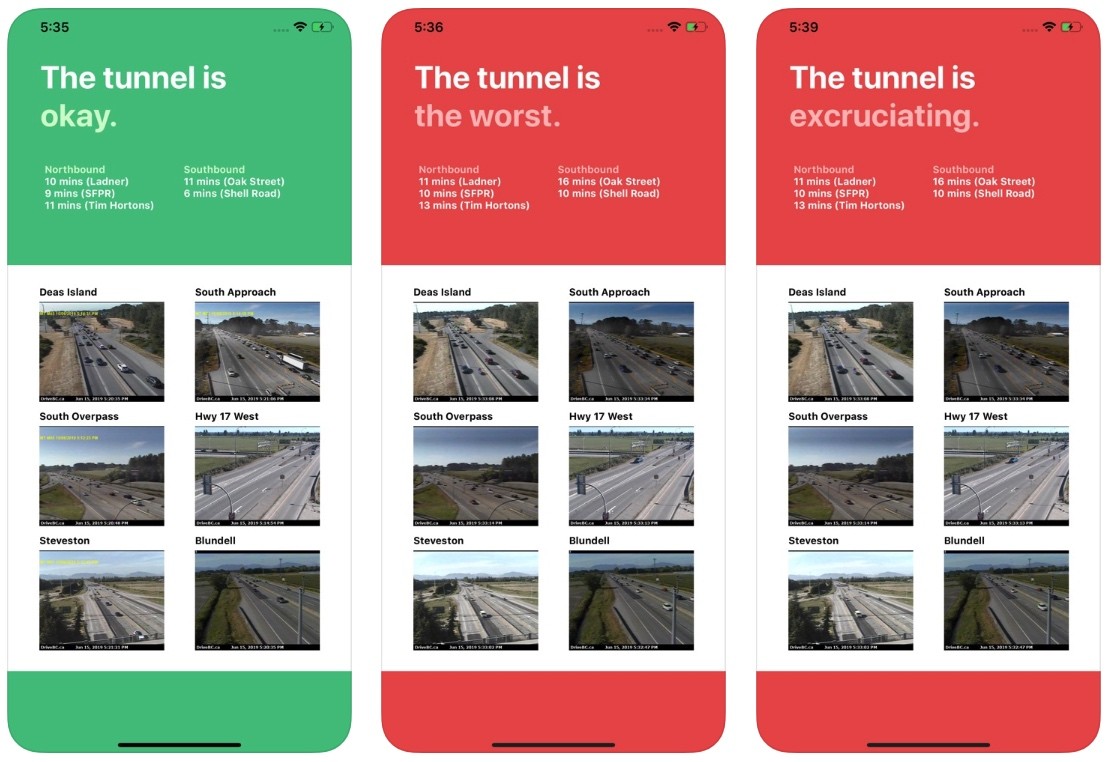 Screenshot of ‘Is The Massey Tunnel Okay?’ app. (Christopher Powroznik)

As of Sunday night, the app’s first week, there have been over 2,000 downloads, and it was ranked top 17th on the Canadian iOS app store for travel apps, and reached No. 1 trending for Canada on Google Play.

Powroznik says the feedback from app users has been highly positive to date, with the app widely seen as highly functional and user-friendly. The on-app reviews also give the app’s performance a glowing rating.

While he believes there needs to be an effective solution to the Massey Tunnel, he says his app was not politically motivated, contrary to some of the feedback he has received.

“Most people have gotten very political, some people have been name-calling in the comments and trying to turn this into a larger issue and debate, when I really just intended the app to be a utility and show how bad the tunnel is, rather than a political movement,” he added.

He says the app was coded in only about six hours and is his most successful app to date.

Now in his last semester, Powroznik just left his longtime job, and launched his own app and website-building business. His open-source projects can be found here.