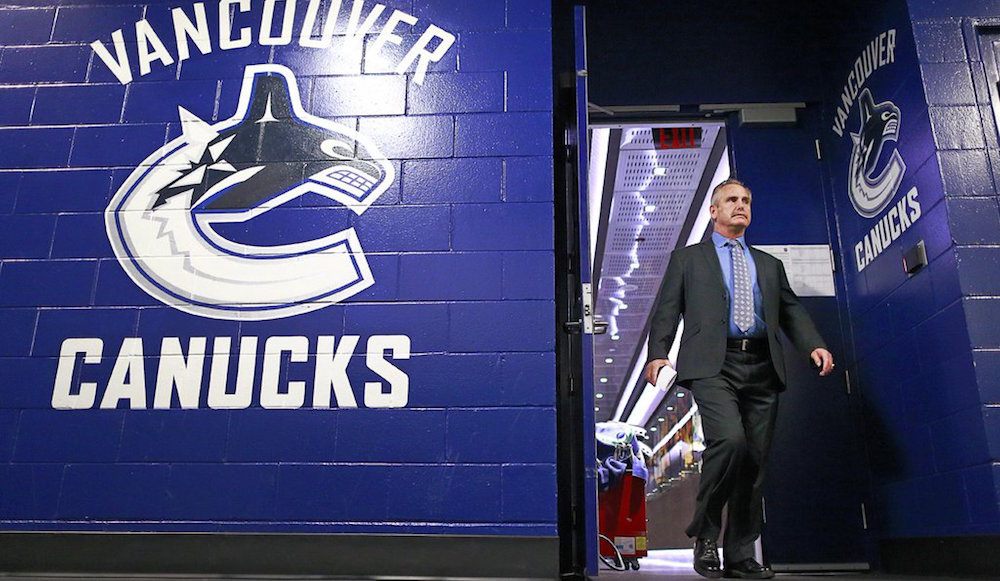 Lee Chin, the Irish athlete who made headlines this morning after claims he made about the Canucks’ “drinking culture” went viral, has issued a statement denying the reports.

Chin, who is an amateur hurler, visited Vancouver to spend time with the Canucks as part of an Irish TV show called The Toughest Trade.

In an interview to promote the show, Chin was quoted as saying that Canucks players drank the day before games and that players were encouraged to go on wild nights out to get out of slumps.

We called BS, and the allegations were also categorically denied by the Canucks. Now Chin himself has spoken up in response to the controversial interview, in a statement released via his PR company.

“On Thursday 09 March, Chin participated in an interview that lasted a total of 25 minutes, during which he discussed at length the warm welcome he received from the Vancouver Canucks, the skill and grace of the players he met, the professional attitude and set up of the team and how he was in awe of their athleticism,” the statement reads.

“Lee did however as part of that interview speak about the players’ social lives. He accepts that what he said is not a true reflection of the culture of the Vancouver Canucks or its players and does not reflect what he witnessed during his time with the team.”

In his statement, Chin was also quick to make it clear that the interview does not accurately reflect the team.

“Lee is very disappointed that these comments have been the focus of media commentary. At no time did Lee seek to call into question the professionalism of the Vancouver Canucks, its staff, management and players which he found to be exemplary.”

He’s also issued an apology to the Canucks staff, management and players for any offence his comments may have caused:

“Lee thoroughly enjoyed his time with the team in Vancouver and found it to be an exceptionally professional environment,” the statement reads. “Lee believes that the time spent with the Vancouver Canucks will have a hugely positive impact on his future sporting career.”