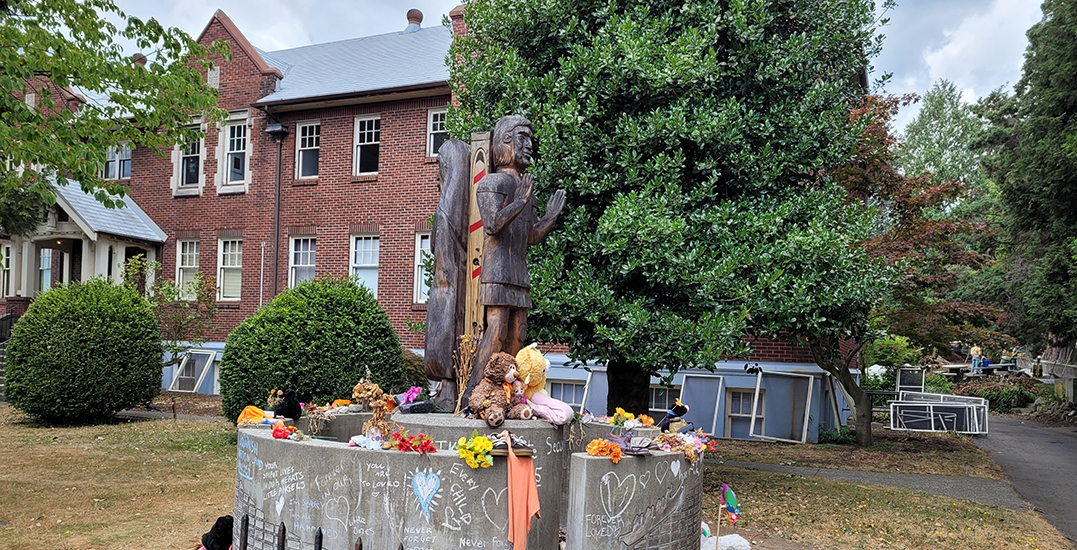 An investigation is being launched at the former St. Paul’s Indian Residential School in North Vancouver.

The announcement was made on Tuesday morning by the Musqueam, Squamish, and Tsleil-Waututh nations. The former school site is currently a parking lot for staff at St. Thomas Aquinas Regional Secondary School.

“Our intention today is to begin a healing process for our survivors,” Khelsilem, Spokesperson for the Squamish Nation, said during the press conference. “For the survivors who attended the St. Paul’s Indian Residential School and also the inter-generational survivors who live with it and have felt the effects of the residential school system.”

The investigation, which will take place over the coming days and weeks, consists of several components. The first step includes a formalized interview process with survivors.

The second step includes gathering all records related to the school throughout its history through all levels of government and the Catholic Church. Following that, the third step will be a field investigation, which may include the use of ground-penetrating radar.

According to the three nations, over 2,000 Indigenous children from several Indigenous communities were institutionalized at St. Paul’s Residential School from grades one through eight.

“Many of these same children were forcibly relocated to Kamloops Indian Residential School, where the remains of at least 215 children were confirmed this May,” reads a statement from the Musqueam, Squamish, and Tsleil-Waututh Nations. “Oral histories told by St. Paul’s survivors include stories about children who disappeared.”

Public records state that 12 unidentified students died while attending St. Paul’s between 1904 and 1913.

“The Sḵwx̱wú7mesh Úxwumixw’s goal with the investigation of the former residential school site, located within Squamish unceded territory, is to find the location of each of these children and bring them home to rest.”

Khelsilem told reporters that the current St. Thomas Aquinas Regional Secondary School has gone through significant development, disturbance, and changes that may make the investigation different and possibly more challenging compared to other residential school sites where investigations have been held.

“At this point, most of the information is piecemeal, it’s unclear how many children never made it home.”