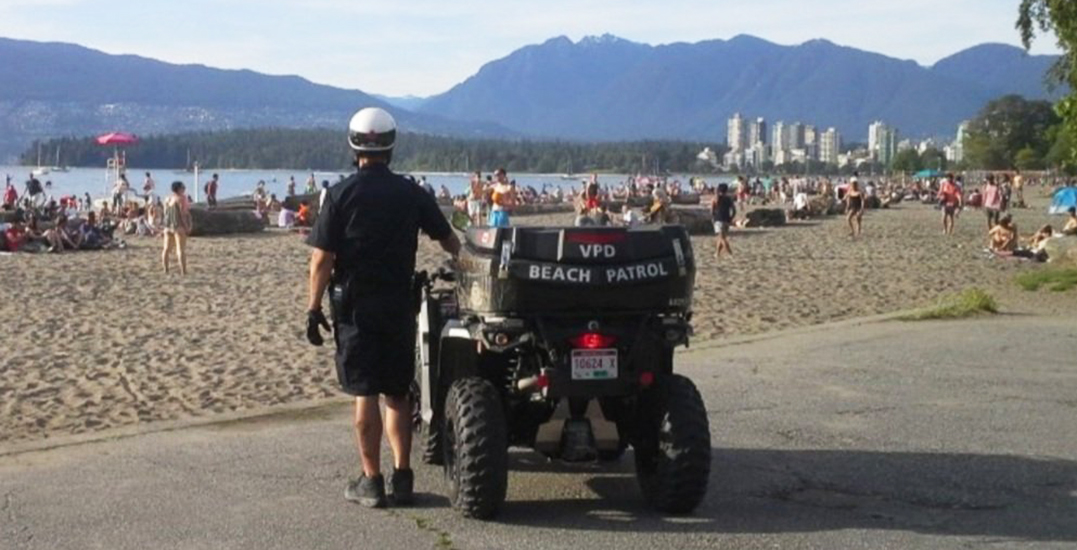 A Vancouver Police Department officer at a beach. (DeputyChow/Twitter)

An allegely intoxicated woman was arrested over the weekend due to her aggressive and dangerous behaviour.

The incident occurred on Saturday night at Vancouver’s English Bay, at approximately 6 pm.

Howard Chow, Deputy Police Chief of the Vancouver Police Department, tweeted that the “intoxicated woman” was drinking at the beach.

Chow says that her actions involve assaulting a food truck worker, punching random people, throwing umbrellas and tables, and kicking a “stroller with a baby inside.”

Constable Tania Visintine, VPD spokesperson, said police took the woman into custody and she was taken to jail.

Fortunately, there were no injuries.

Police are recommending charges of assault and mischief to Crown attorneys.

Last night, an intoxicated woman drinking at English Bay assaulted a food truck worker, tried to punch random people, tossed around umbrellas and tables & kicked a stroller with the baby inside. She was arrested; fortunately, there were no injuries. #BadBehaviour #beresponsible pic.twitter.com/r9THCx6M4k