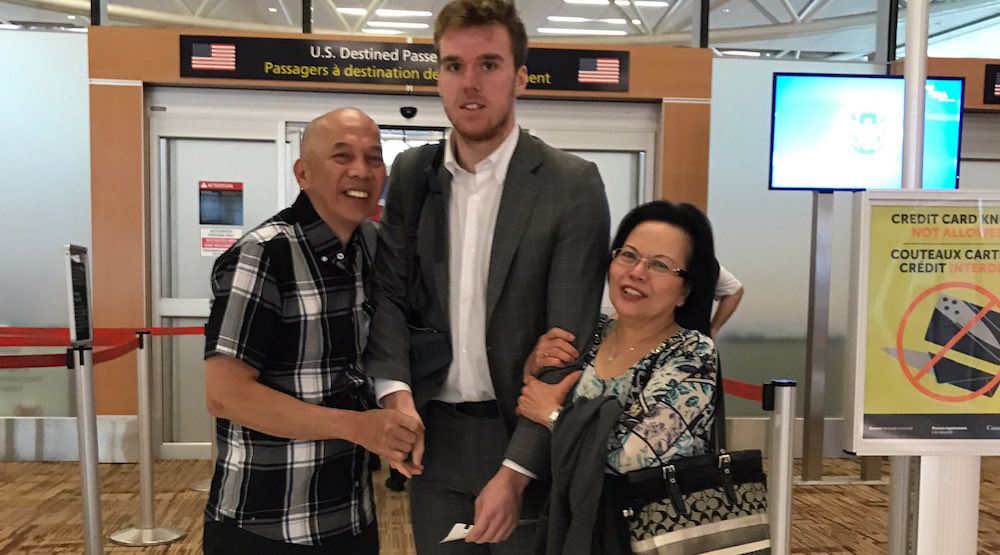 Connor McDavid and the Edmonton Oilers are preparing for their biggest game of the season, Game 7, against the Anaheim Ducks on Wednesday.

But I’m sorry, look at this photo:

Margeaux Maron, a reporter with Global in Edmonton, posted the most awkward photo you’ve ever seen a hockey player take with fans. And the internet is loving it.

@youandithelungs @MargeauxMorin He’s not going anywhere, look at the grip she has on him

Oilers fans will hope that McDavid isn’t rattled by the experience and that he helps his team to Edmonton’s first trip to the Conference Final since 2006.