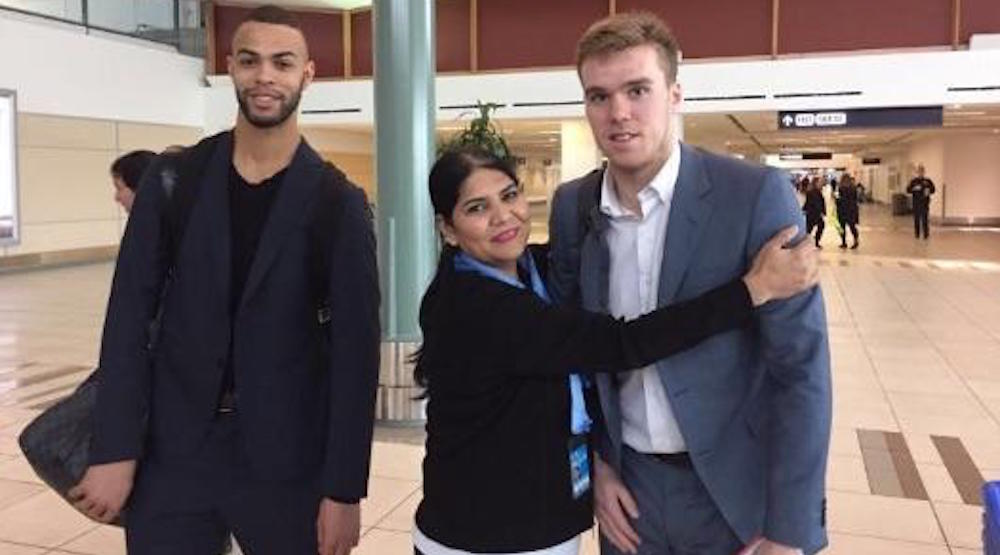 Now everyone is going to want an awkward photo with Connor McDavid.

Arguably the best player in the world at age 20, McDavid hasn’t quite mastered the art of posing for photos. Of course, it doesn’t help that some fans want to get just a little bit too close for comfort.

This one nearly broke the internet:

“I was pretty much in a death grip,” McDavid said of the photo.

And now another photo has surfaced, this time with a special appearance from Oilers defenceman Darnell Nurse.

Nurse, was also seen in a photo with the couple from the first awkward McDavid photo, along with Ryan Nugent-Hopkins.

The awkward Mcdavid photo couple also had the chance to grab a picture with Darnell Nurse and Zorro pic.twitter.com/fjkrNzEltI

Of course they didn’t put the death grip on him like they did with McDavid.

We’ll likely have to wait until next season to see more awkward McDavid photos, as Edmonton’s season came to an end on Wednesday, after a 2-1 loss to the Anaheim Ducks in Game 7.

OH COME ON HE JUST FINISHED THE GAME pic.twitter.com/T82JY7vCkA