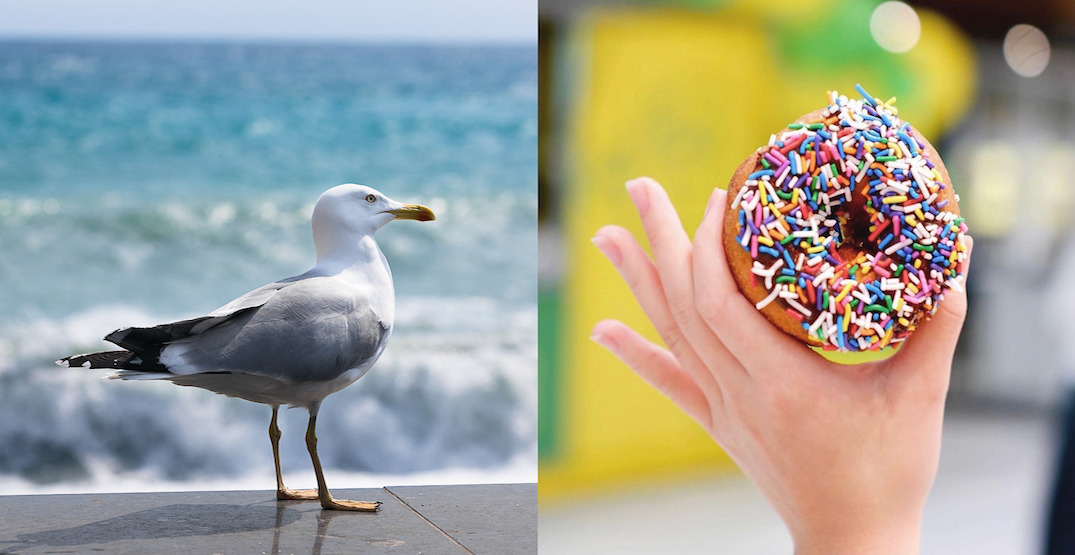 Nearly everyone in Vancouver who has tried to eat outside near Granville Island knows the same thing: the seagulls can and will try to steal your food.

Sure, they’ll scavenge for discarded French fries and dive-bomb smashed hot dog remains on the ground, but they’ll also go for food right from your hand if you let them.

A hilarious video shared on Lee’s Donuts Instagram account shows an innocent donut fan trying to get the right shot and being continually thwarted by the ruthless birds.

The Instagrammer is shown holding up one of Lee’s sprinkle donuts in an attempt to get a picture while a couple of seagulls repeatedly fly at her, no doubt trying to steal a taste of one of Vancouver’s best donuts.

“Thank you to @cala.ali for keeping it professional under very ✨ difficult ✨ working conditions,” Lee’s joked.

Commenters on the post said they related to her struggles, with one person saying “The most dangerous part of urban Vancouver” and another joking “No “aerial bombing”? Lucky!”

Let this be a lesson to keep a diligent watch on the Granville Island seagulls when you’re trying to chow down at the donut spot – or elsewhere, for that matter.

Lee’s Donuts regularly makes it on lists for best donuts in the city – even Seth Rogen and David Chang have given big ups to the local spot – so it’s no wonder the birds want a bite, too.