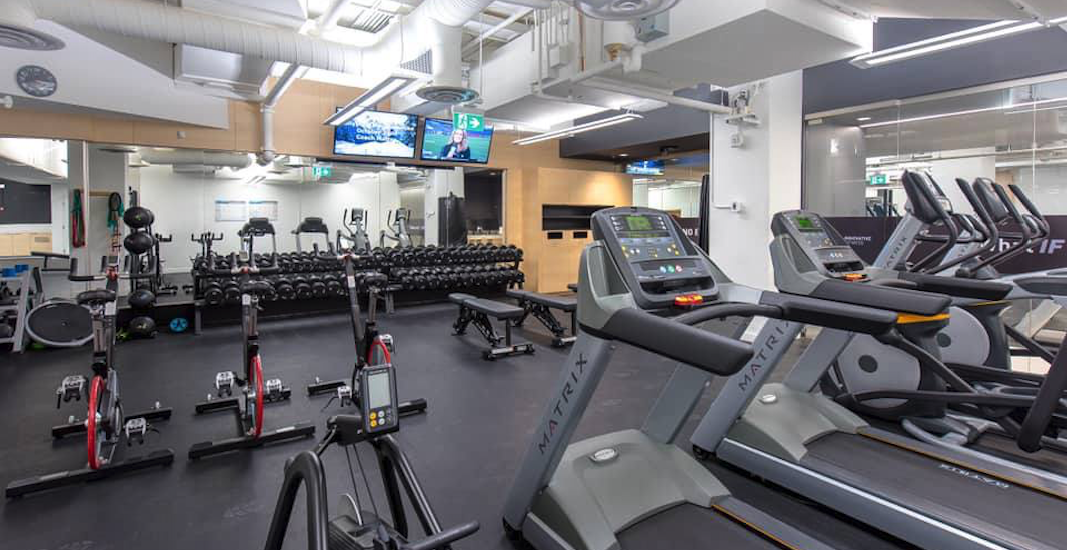 While gyms across the province are beginning to gradually reopen as part of Phase 2 of BC’s Restart Plan, one Vancouver-based one fitness studio has decided to keep its doors shut for a while longer.

The driving force behind Curtis Christopherson’s work as the CEO of Innovative Fitness is to empower people to live their best life. This is exactly why he’s decided to keep his studios across the province shut for an additional week.

The fitness studio, which has locations across all health regions in the province — including  Abbotsford, Coquitlam, Kelowna, Langley, North Vancouver, Port Moody, North Vancouver, White Rock, Vancouver, and Victoria — closed its doors to the public on March 15.

“One of our values is that we build strong communities and we felt that in order to flatten the curve, we wanted to be leaders in the community and shut doors,” said Christopherson in an interview with Daily Hive.

This did affect business as only about 30% of Innovative Fitness’ client-base adopted and subscribed to virtual training measures they put in place within two weeks of closing.

Vancouver Coastal Health never implemented a closure order but most gyms in that region voluntarily closed their doors.

Phase 2 of BC’s Restart Plan began on May 19 and allowed select businesses to open under “enhanced protocols.”

Despite the go-ahead to reopen Christopherson says “there is still a window where a lot of changes need to be implemented.”

WorkSafe BC has officially released its protocols to “provide guidance to employers at fitness and recreational facilities including gyms, yoga and dance studios, and recreation centre.”

These protocols include implementing occupancy limits, spacing equipment at least two metres apart or installing barriers if machines cannot be moved, and establishing handwashing and hygiene policies that must be followed by clients.

Innovative Fitness wants to make sure all these protocols and procedures are in place before reopening on June 1.

“We wanted to have adequate time to train our staff and their behaviours on how to conduct and do business differently than before,” said Christopherson.

“There might be a lot of businesses that might not be adequately prepared or are not following some of the guidelines upon rushing to open,” he said.

“We wanted to take a couple of weeks to assess and evaluate any mistakes that other people have made, so we can do it right.”