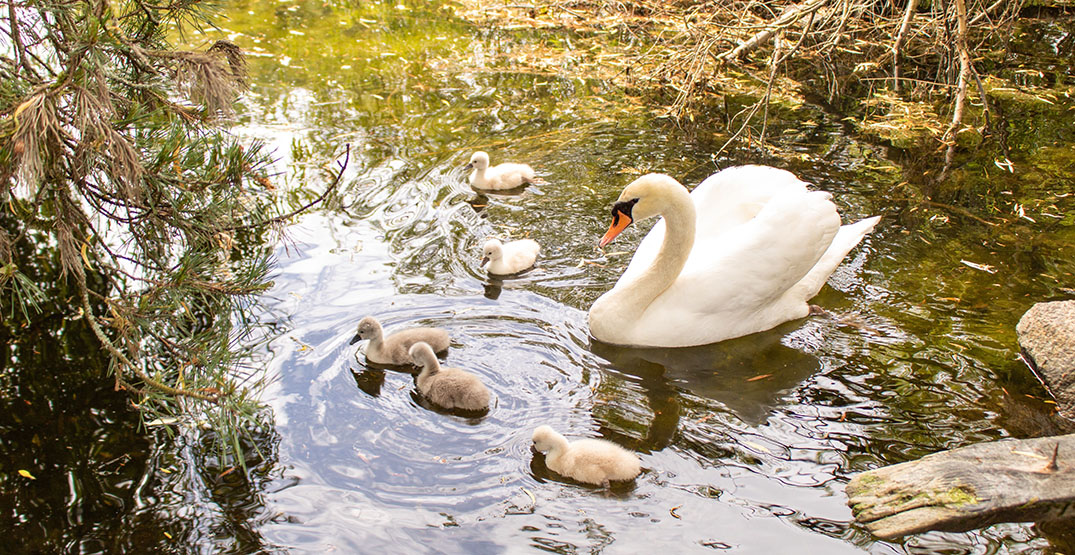 Those walking in West Vancouver’s Ambleside Park lately may have noticed some fuzzy new additions this spring.

The swans that live in the pond have hatched eight adorable babies, called cygnets, that are paddling around the pond with their parents. 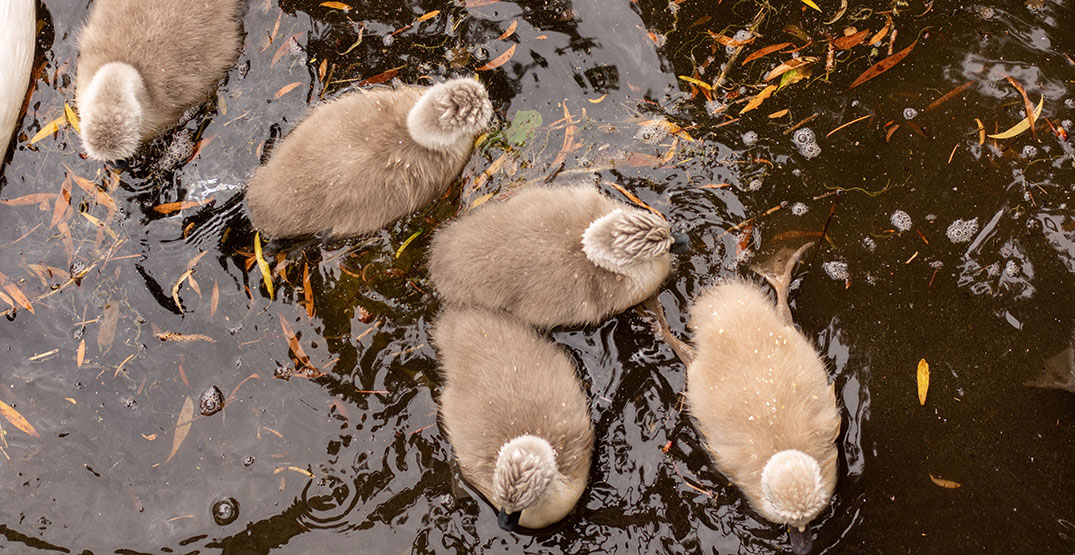 But in a few short weeks, the babies be removed from the pond and sent to a bird sanctuary in Maple Ridge.

Donna Powers, a spokesperson for the District of West Vancouver, told Daily Hive that the pond isn’t big enough to support the parents and their eight babies into adulthood. As the little swans grow older, their aggressive nature will take over and the birds will fight until only one dominant pair remains in the pond, according to the district’s website. 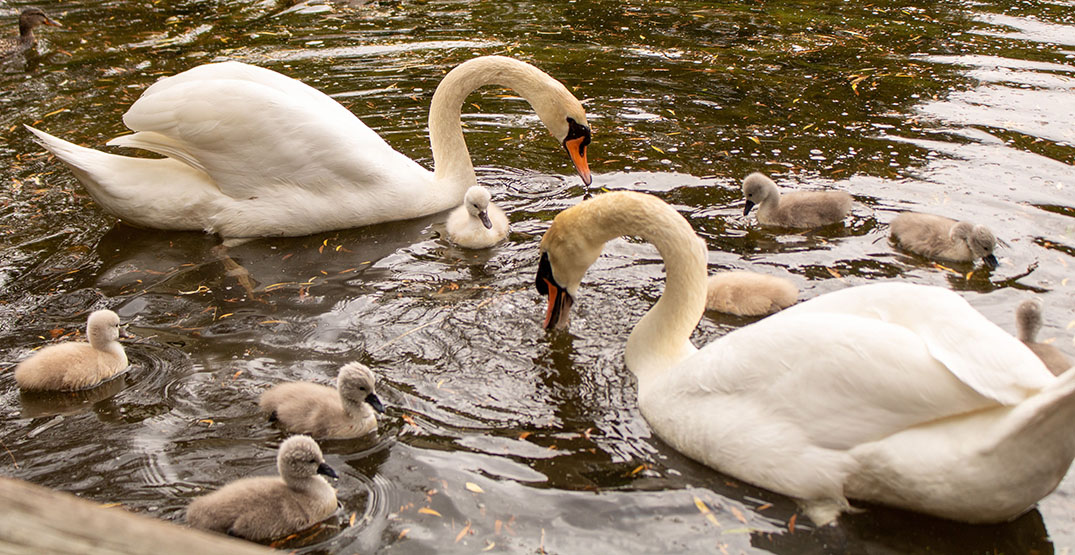 Swans were originally imported to Canada in the 1800s from Europe to adorn parks, according to the district. But today they’re considered an invasive species, meaning parks and sanctuaries need special permits to have them. They also cannot be released into the wild.

Every year, the district makes arrangements to remove the cygnets. The process involves pinning their wings and taking them to a sanctuary that also has a permit to house the elegant but territorial birds.

Powers said the only other option besides rehoming the baby swans is addling the eggs so they don’t hatch. That’s what staff at Stanley Park in Vancouver do, she added.

The cygnets will remain with their parents until they’re six or seven weeks old.