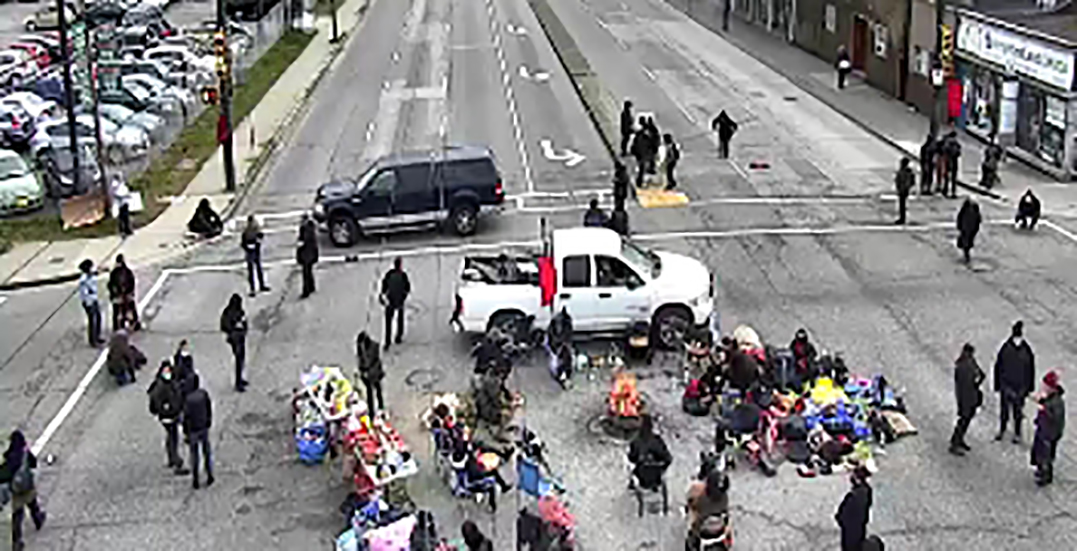 An ongoing demonstration at East Hastings Street and Clark Drive in Vancouver has blocked off traffic in all directions.

The protest is hosted by the Braided Warriors, a group of Indigenous youth from the Musqueam, Squamish, and Tsleil-Waututh territories.

The Braided Warriors explain in an Instagram post that they’re calling on justice for Stacey Gallagher, an Indigenous elder who was sentenced to 90 days in jail.

“We’re here because today the colonial courts, the crown, sentenced Uncle Stacey Gallagher, an elder, a land protector, a ceremony person, to 90 days in jail during a global pandemic for peacefully protecting the land in ceremony,” says a member of the group says a video. “We’re here at Clark and Hastings at the Port of Vancouver.”

The demonstration began sometime on Tuesday evening. Video footage captured and shared on Instagram shows the intersection blocked on all sides, with members of the police helping to redirect some traffic.

A troubling incident involving the protesters and the Vancouver Police Department (VPD) made rounds on social media after a video posted online captured officers forcefully pushing and throwing protesters.

Daily Hive has reached out to the VPD for additional comment.