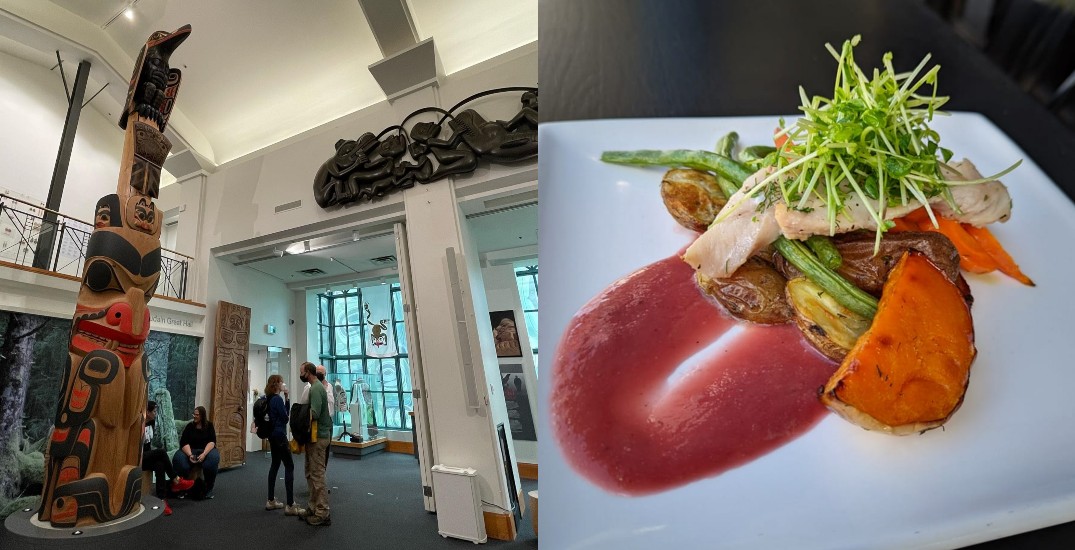 June is National Indigenous History Month and it’s a great opportunity to learn about the distinct cultures and traditions of the many First Nations in Metro Vancouver.

There are 10 First Nations in the region, with Vancouver located on the unceded, traditional territories of the xʷməθkʷəy̓əm (Musqueam Indian Band), Sḵwx̱wú7mesh (Squamish Nation), and səlilwətaɬ (Tsleil-Waututh Nation).

With National Indigenous Peoples Day just around the corner on June 21, now is the time to celebrate and support Indigenous artists, businesses, and organizations in the spirit of reconciliation.

Here are 11 places to experience Indigenous Culture in and around Metro Vancouver. 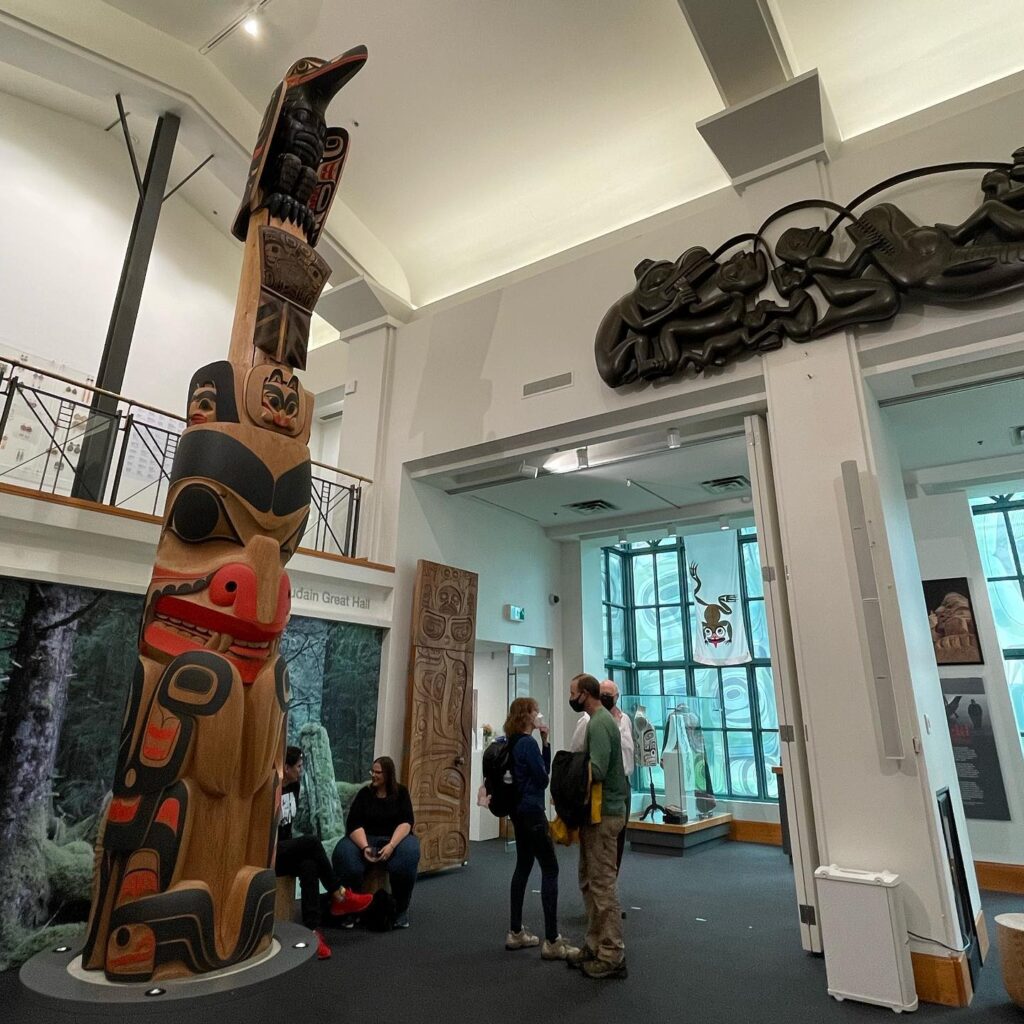 The Bill Reid Gallery is named after the renowned Haida artist and is the only public gallery dedicated to contemporary Indigenous Art of the Northwest Coast in the country. The gallery is home to the Simon Fraser University Bill Reid Collection and also hosts a variety of special exhibitions, workshops, panel discussions, and more.

The Museum of Anthropology is an excellent place to view breathtaking artwork and unique artifacts from the Pacific Northwest First Nations. First opening its doors in 1947, the MOA collaborated with First Nations communities across BC, as well as Pacific Islanders, Africans, Asians, and Latin Americans, to showcase a wide variety of items including large sculptures, totem poles, and jewellery. The Museum also houses the world’s largest collection of works by acclaimed Haida artist Bill Reid.

Capilano Suspension Bridge Park is where you will find Kia’palano, an educational centre where guests can learn about the Skwxwú7mesh and Tsleil-Waututh Nation people. Capilano is home to North America’s largest privately owned collection of totem poles, and there are lots of local indigenous stories and art to discover. 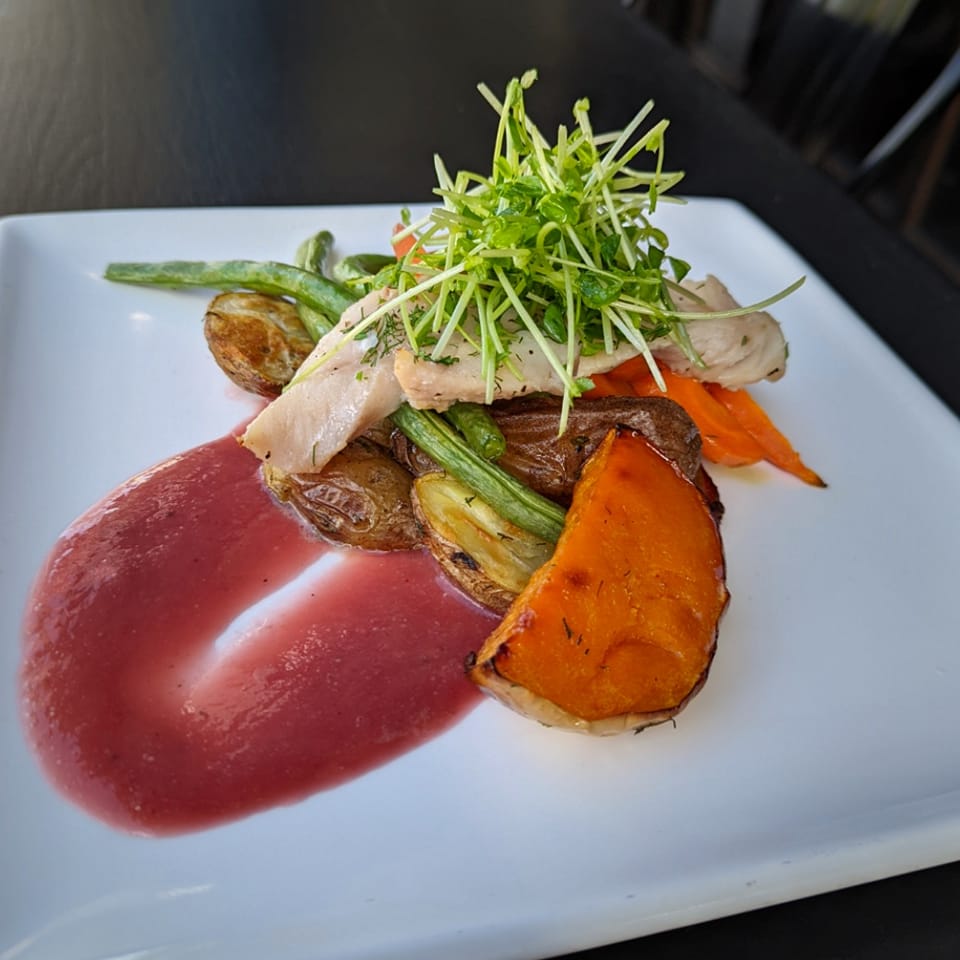 Fraser River Discovery Centre in New Westminster spotlights the stories and diversity of the entire Fraser River. The Centre’s exhibit and educational content were created in partnership with Indigenous communities and include The Working River (economy), The River Wild (environmental), and the River’s People (socio-cultural). Visitors can also check out the Our Bones are Made of Salmon exhibit based on memories and experiences of Musqueam Elder Larry Grant and Stó:lō Cultural Advisor Dr. Sonny McHalsie. 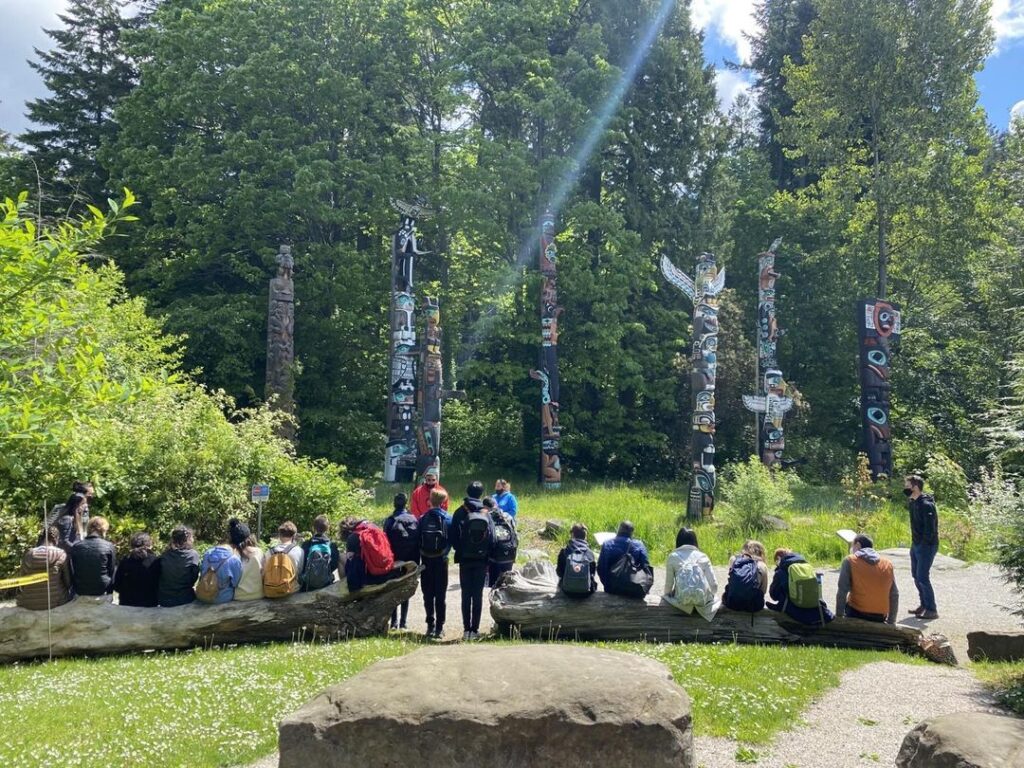 Talaysay Tours has hosted authentic Aboriginal cultural and eco-tourism experiences in and around Vancouver, Squamish, and the Sunshine Coast since 2002. First Nation guides and cultural ambassadors share knowledge, ways of living, and ancient and contemporary stories. Talaysay offers a number of popular tours through Stanley Park with an Indigenous perspective.

Mr. Bannock is proudly owned and operated by Chef Paul Natrall of the Squamish First Nation. Natrall uses traditional ingredients such as juniper berries, smoked wild salmon, and meats in his Indigenous-fusion cuisine. Of course, your visit to Mr. Bannock wouldn’t be complete without trying their famous bannock.

Owned and operated by Vancouver Native Housing Society (VNHS), Skwachàys Lodge and Residence is comprised of a boutique hotel, a fair-trade Indigenous art gallery, and two social enterprises owned and operated by VNHS: the Urban Aboriginal Fair-Trade Gallery, and the Artists in Residence Program. The Aboriginal hotel’s 18 rooms were designed by six local hotel designers that were partnered with six Indigenous artists to create remarkable art installations in every unit. 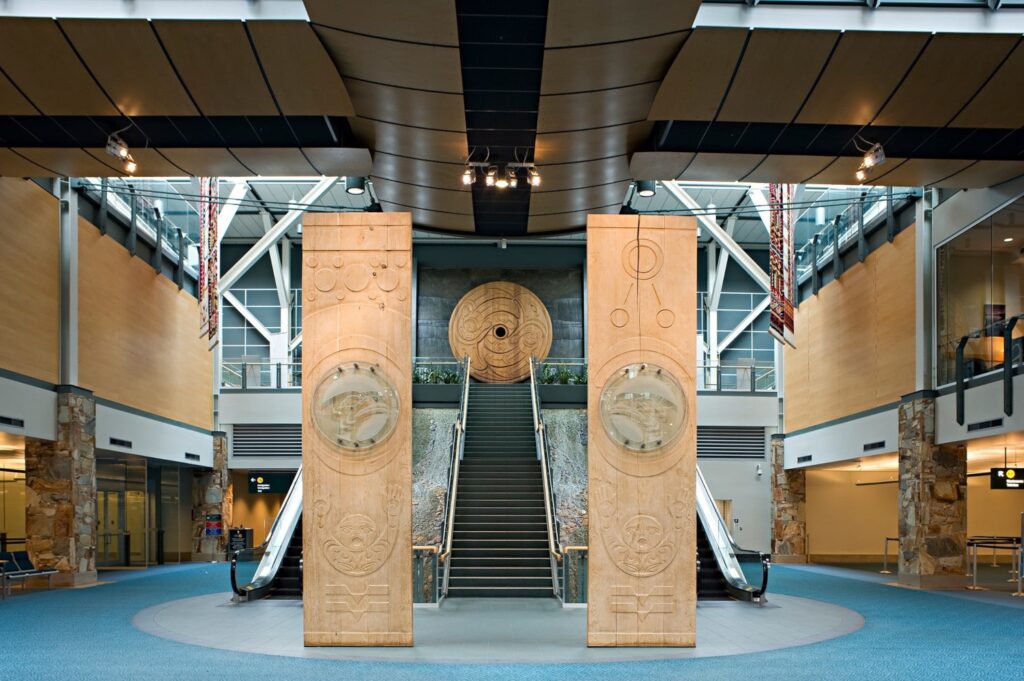 YVR is filled with Indigenous art and architecture that welcomes visitors to the city. Locals are also encouraged to discover the many artworks ranging from giant sculptures like Susan Point’s Cedar Connection to intricate jade and wooden carvings such as Dempsey Bob’s The Story of Fog Woman and Raven. The airport also hosts artist markets where shoppers can support Indigenous makers and creators.

The Squamish Lil’wat Cultural Centre was opened in 2008 and was built by the two First Nations that have lived in the traditional territory in and around Whistler for thousands of years. The centre showcases the history and culture of the Squamish and Lil’wat people, with guided tours, workshops, craft activities, and more. It’s a bit of a drive from Metro Vancouver but definitely worth the experience.