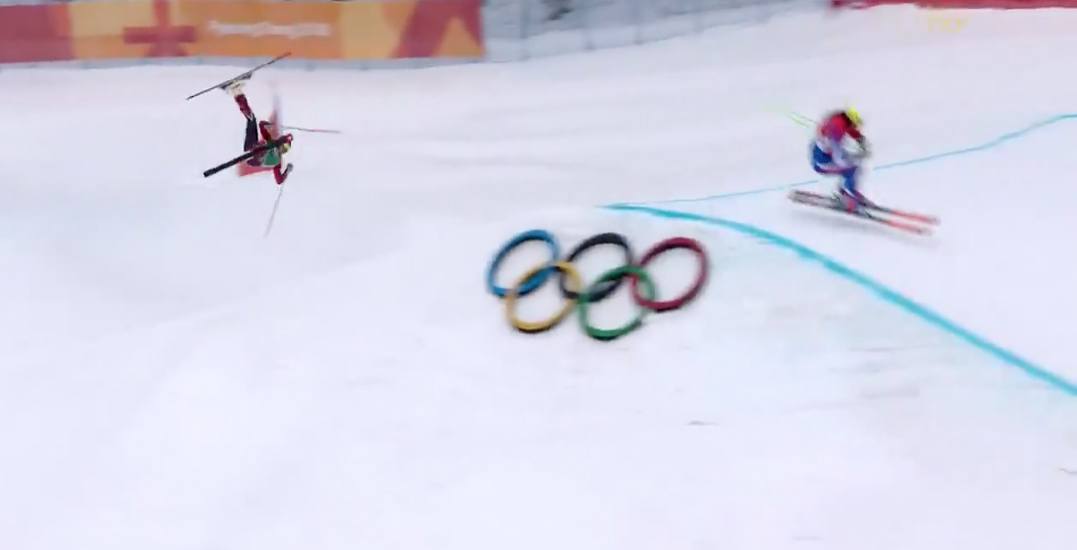 The BC native was off to a strong start when she lost her balance after the first jump.

The 21-year-old tried to regain her balance mid-air before the next jump but unfortunately crashed hard onto her back on the icy slope below.

Sherret is the second Canadian to be removed from the course by medics.

Medics were quick to arrive on the scene and removed Sherret off the course on a stretcher. She was then taken to a hospital to be assessed.

Team Canada said on Twitter that Sherret was in stable condition.

Ski Cross athlete India Sherret crashed in her 1/8 final heat. She was taken to hospital where she is being assessed. She is in stable condition. (1/2)@Alpine_Canada | @TeamCanada

Sherret’s teammate Christopher Del Bosco crashed earlier this week and was taken to the hospital in the qualifying runs of men’s ski cross.