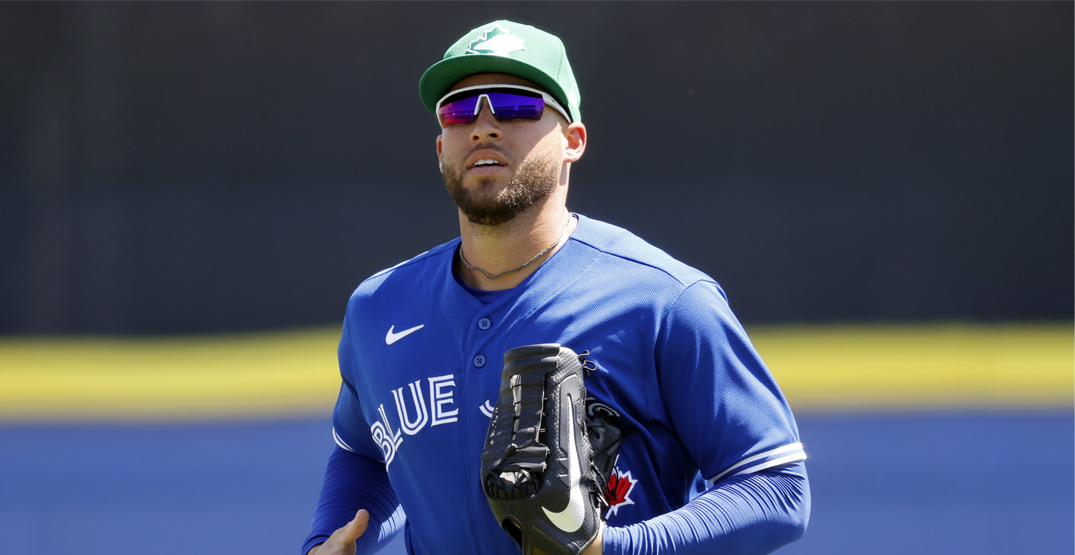 Signing George Springer was the Blue Jays’ biggest offseason storyline, but it’s also easy to forget they inked the All-Star outfielder to a six-year, $150 million contract.

It’s kind of like waiting until mid-January to open those Christmas gifts from your relatives who had to take a rain check on the holiday dinner. Well, that long-lost gift from nana and papa finally arrived at the door, and it’s a big one.

Despite missing their starting centre fielder for the first 22 games, the Blue Jays have tread water in the AL East with a 11-11 record. Springer makes his long-awaited debut tonight against the Washington Nationals, batting leadoff as the Blue Jays designated hitter.

The Blue Jays are nearly 14 percent of the way through the schedule, and now they get to unwrap their prized offseason possession. The team desperately needs help from Springer’s offence, as the club ranks in the bottom third in MLB in runs scored, OBP, SLG, and OPS.

Springer checks all those boxes and should supercharge a lineup which has struggled to score runs during the first month of the season. Not that Jays fans need any other reasons to get excited about their $150 million man making his debut, here are five impressive stats about the three-time All-Star outfielder.

1. Tied for most home runs in a single World Series

We’ll begin this exercise by mentioning that any reference to the 2017 playoffs comes with an asterisk of course, and the accolades should be taken with a grain of salt, but as it stands, Springer is one of the most prolific power hitters in World Series history.

Springer is tied with Chase Utley and Hall of Famer Reggie Jackson for the most home runs in a single World Series with five round-trippers. It should shock no one that Springer and Jackson were named MVP’s of their respective World Series.

The Blue Jays have sorely missed Springer’s leadoff hitting prowess in the top of their lineup. Toronto leadoff hitters have combined to slash .209/.293/.360 to start the season, and Springer has been one of MLB’s most electric leadoff men dating back to 2015.

He took over the top spot in the Astros’ batting order partway through his sophomore season and never looked back, taking the bulk of his AB’s in the leadoff spot.

Springer has the most home runs for any leadoff hitter dating back to 2015. He owns 136 home runs in the leadoff spot, making him MLB’s far and away leader for home runs batting first in the order since the 2015 season.

There are a handful of players that managers would love to have at the plate with the game on the line under the bright lights of the playoffs. Among MLB’s active players, Springer is one of those illustrious names.

He has the sixth highest WPA (Win Probability Added) of any hitter in MLB postseason history, bested by only Pete Rose, Lance Berkman, Justin Turner, and the all-time leader, David Ortiz.

Most players never get the chance to play in the World Series, but at 31 years old, Springer has already made two trips to the Fall Classic, and he’s played in four league championship series.

Toronto’s new centre fielder has built quite an impressive playoff resume already, including the fact that he has the fifth highest slugging percentage in World Series history at .839.

5. 4th most home runs in the playoffs

Most of the Blue Jays roster experienced their first taste of the postseason last year, albeit with the expanded playoff format. The postseason is old hat for Springer, who has 13 playoff series and 63 playoff games in his seven-year career.

One benefit of playing for a perennial contender with the Astros was it gave Springer plenty of opportunities to deliver in big spots. His 19 postseason home runs are tied for fourth all-time, alongside future Hall of Famer Albert Pujols.

Manny Ramirez still holds the record with 29 career home runs in the playoffs. With four more playoff home runs in the future, Springer could leapfrog Bernie Williams for second place on this list.