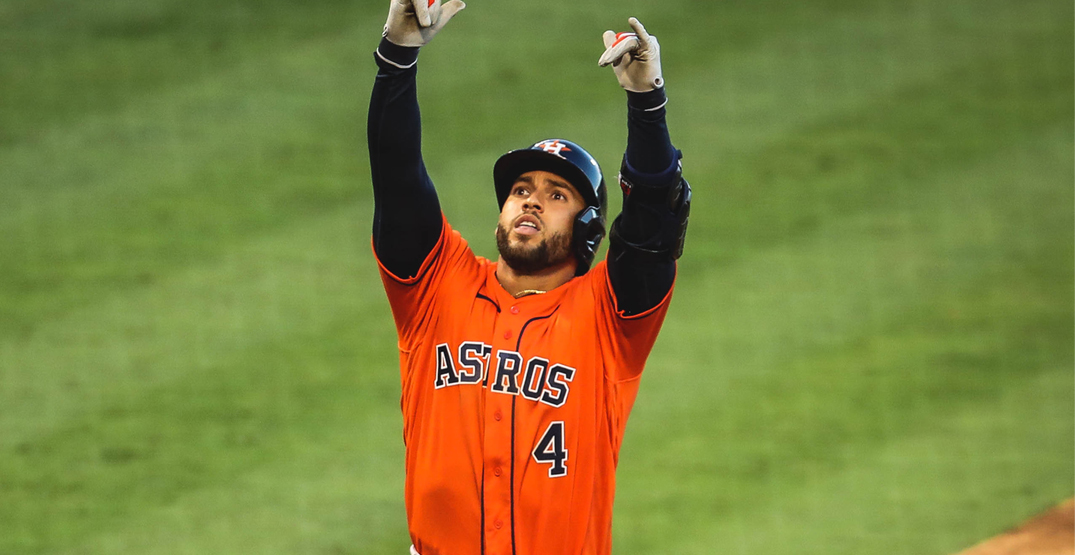 After reportedly finishing second in many pursuits of free agents and trade targets, the Toronto Blue Jays finally landed one of their free agent targets: George Springer.

According to numerous reports (and initially broken by Brendan Kuhn), the former Houston Astro is the newest member of the Blue Jays. Springer reportedly signed a six-year deal with $150 million.

George Springer’s deal with the Toronto Blue Jays is for six years and $150 million, as @JonHeyman said. In this market, that is a massive deal. Toronto paid a premium price for a premium player.

This is a monumental deal for the Blue Jays, who after being linked to seemingly every marquee free agent this offseason, actually inked a top-tier player to monster deal. Springer’s $150 million contract is by far the biggest in Blue Jays history.

As a team with about $73 million on the books for the 2021 season prior to this deal, the Blue Jays had more than enough wiggle room to sign at least one big name player (if not more).

They completed another piece of business earlier in the day, bringing aboard former All-Star closer Kirby Yates to a one-year deal.

Springer not only brings his regular season pedigree to the Blue Jays, but as a proven performer in the playoffs, his experience in October will prove invaluable to a squad looking to make their second consecutive trip to the playoffs this coming season.

The New York Mets were reportedly the other team in hot pursuit of the centre fielder, but the Blue Jays appeared to come over the top in terms of total dollars, which likely sealed the deal for Toronto.

Per source, the Mets’ top offer to George Springer came in around six years, $120-125 million. The Blue Jays took it to the next level and get their man at six years, $150 million. Huge acquisition for Toronto.

At $150 million overall, it’s a steep cost, but Springer is one of the best centre fielders in baseball. With all due respect to Randal Grichuk, centre field was one area on the diamond where the Blue Jays could make massive gains, and Springer is a vast improvement upon the team’s centre field incumbent from last season.

With Springer, the Blue Jays get a plus defender at a premium position on the field, a power bat, a player who reaches base at a decent clip, a three-time All-Star, and one of the most lethal postseason hitters in recent memory.

It should be mentioned that yes, Springer and his teammates were implicated in the Houston Astros sign stealing scandal of 2017. The centre fielder unquestionably benefited from the trash can banging scheme, as the Astros ultimately won a World Series that year.

For what it’s worth, he was one of few Astros players who seemed contrite after MLB unveiled the scandal, and his apology sounded sincere. That’s more than can be said of his former Astros teammates.

Even if you put an asterisk beside Springer’s 2017 season, his numbers before and after the scandal have been on par with an All-Star centre fielder. And at age 31, he’s at the precipice of his career.

It’s a great day if you’re a Blue Jays fan, as there’s been umpteen reports of the team being “interested” or “pursuing” players, only to see them sign or traded elsewhere. And signing Springer doesn’t prevent them from going after more free agents after this, but one of the biggest pieces of their offseason puzzle has fallen into place.

For the second consecutive offseason, the Blue Jays flexed their financial muscle to pay top dollar for top talent. Last year it was signing the 2019 Cy Young runner-up Hyun-Jin Ryu to $80 million, and this year it’s signing the three-time All-Star and two-time Silver Slugger Springer for $150 million.

This contract was a giant message to the American League that the Blue Jays mean business.