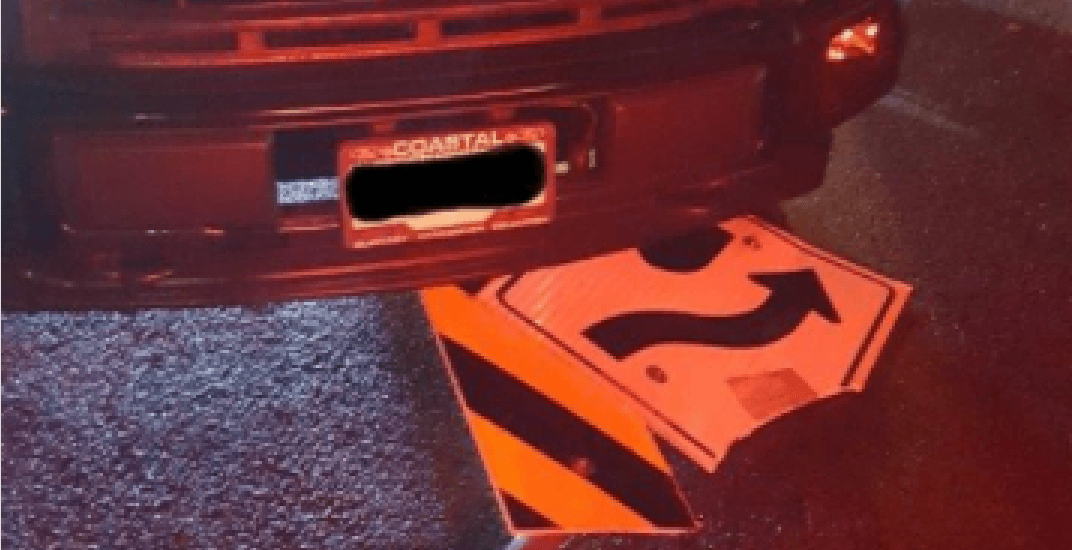 On any given day in BC, road signs can be seen advising drivers of construction, detours, accidents and advisories; all of them meant to help keep traffic moving safely and efficiently.

But what happens when those road signs themselves end up being moved along the road while stuck under the vehicle of an impaired driver?

And according to the VPD’s traffic unit, that’s exactly what happened this past weekend, during a CounterAttack roadblock.

On Monday morning, police tweeted a photo from the incident, saying that the truck was stopped, road signs were found underneath, and the driver refused a breathalyzer test.

The whole incident meant the driver was charged with refusal and received a three-month driving ban, as well as 20-day vehicle impound.

That has to be a sobering start to the holiday season.