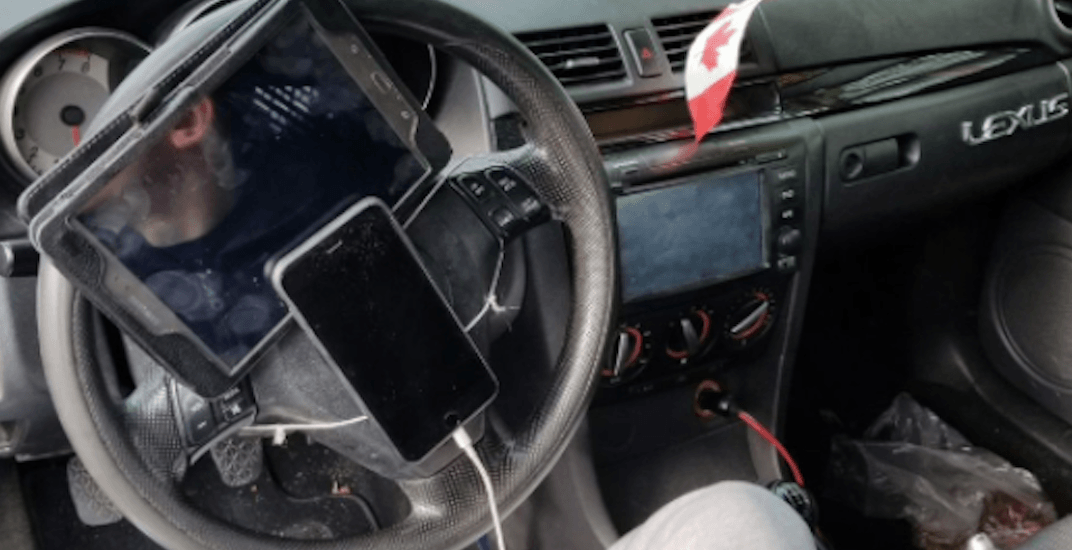 If you’re a driver and you don’t actually touch your electronic device while using it behind the wheel, does it still count as distracted driving?

And it was a lesson that one Vancouver motorist had to learn the hard way.

According to VPD’s traffic unit, the driver of the Lexus (pictured) who very patriotically had wedged a Canadian flag into his dashboard, had also attached his iPad and cellphone to his steering wheel using strings. Yes, strings!

“Can’t make this up,” said VPD’s traffic unit in an entirely agreeable Tweet.

And while that may be true, we sometimes wish they could.

Can’t make it up. Guy had iPad and cell phone attached by strings on steering wheel while driving! Yes, that’s his ticket he’s holding. pic.twitter.com/h5WoA2ac87