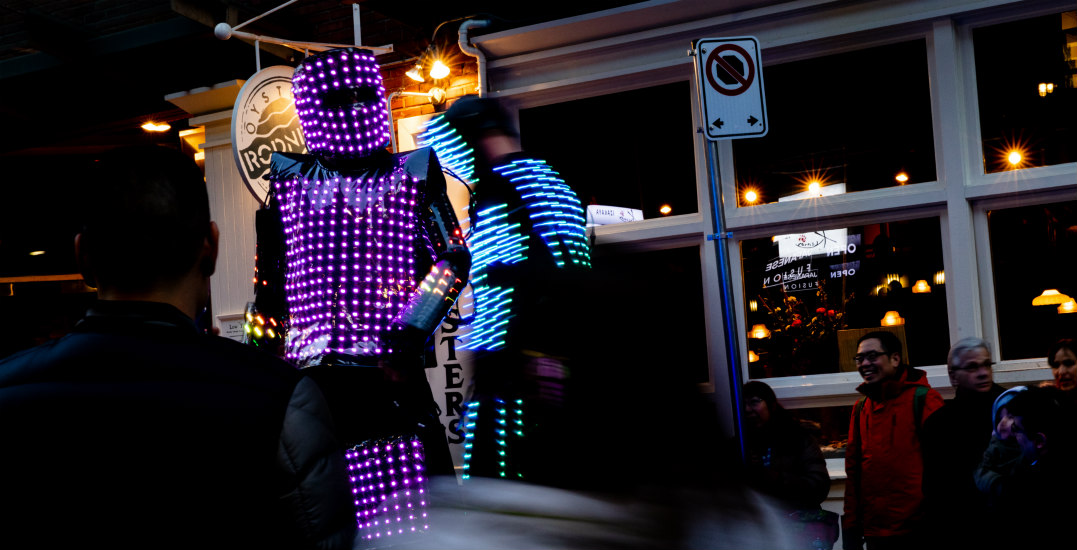 It’s easy to feel like you’re doing the same old things every weekend in Vancouver, especially during winter when we low-key hibernate.

So when the opportunity arises to do something fun and interesting, we’re there. And this winter, the return of Illuminate Yaletown, presented by the Yaletown Business Improvement Association (YBIA), brings a real treat for the senses.

The event is transforming the neighbourhood into an immersive light show experience for not one but two evenings on Friday, February 14 and Saturday, February 15. When the sun sets over the city, head to Hamilton Street and Bill Curtis Square to be dazzled by the light-art exhibition featuring contemporary technology from industry-leading light artists and designers. 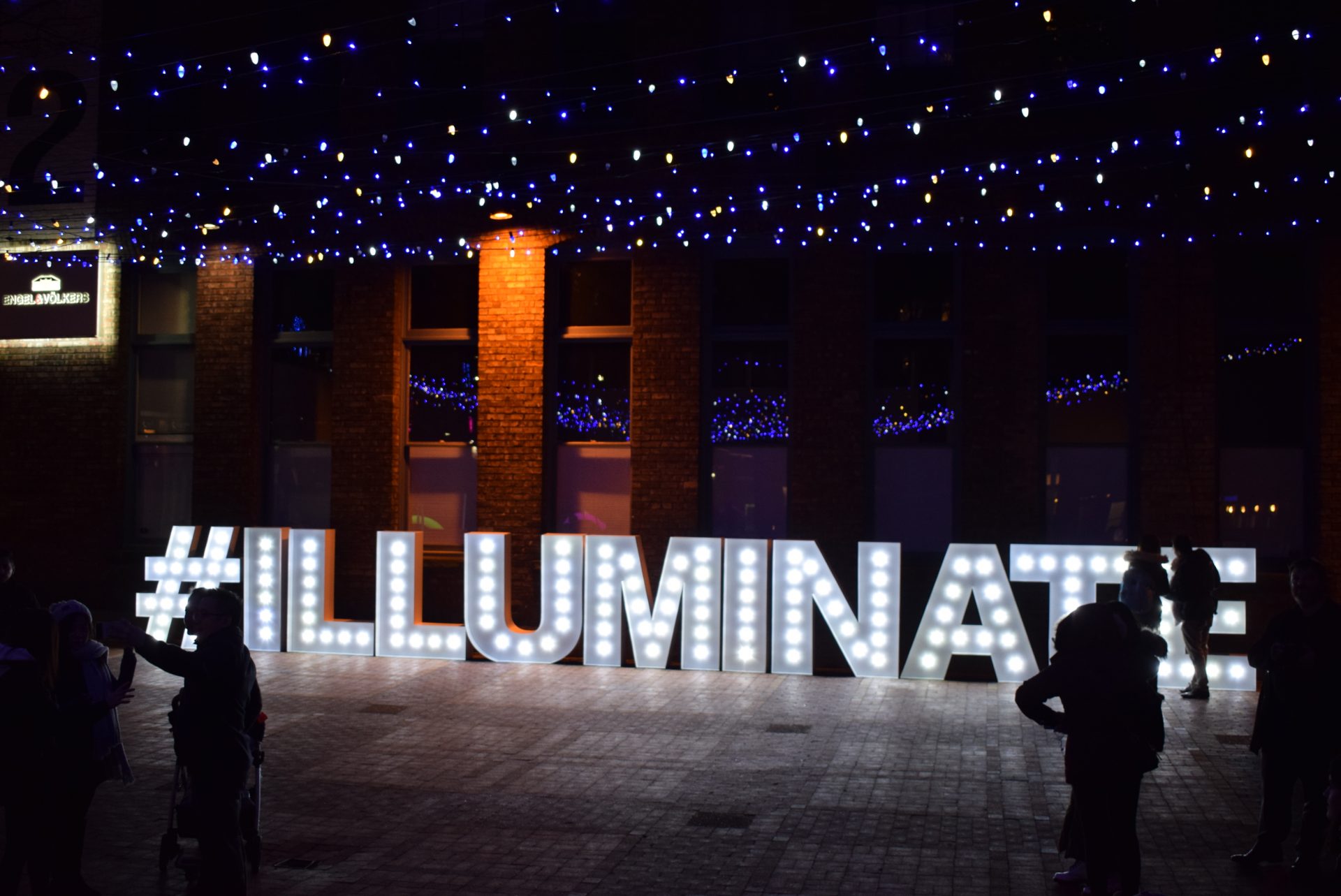 “We’re very excited to bring Illuminate back this year, and for two nights,” says Annette O’Shea, executive director of the YBIA. The YBIA has long been known for putting on unique community events. Remember CandyTown? The YBIA hosted that festival too!

If you’re looking for something seriously fun to do on Valentine’s Day or during the long weekend, this is it. Illuminate Yaletown literally has something for everyone, and it’s the perfect place to snap a cute selfie or two with a neon jungle by Hfour Productions as the backdrop.

Brand new to the festival this year is an outdoor LED playground for adults where you can unleash your inner child on glowing swings, teeter-totters, and a giant LED Lite-Brite.

And perhaps the biggest draw of all: it’s free to attend! 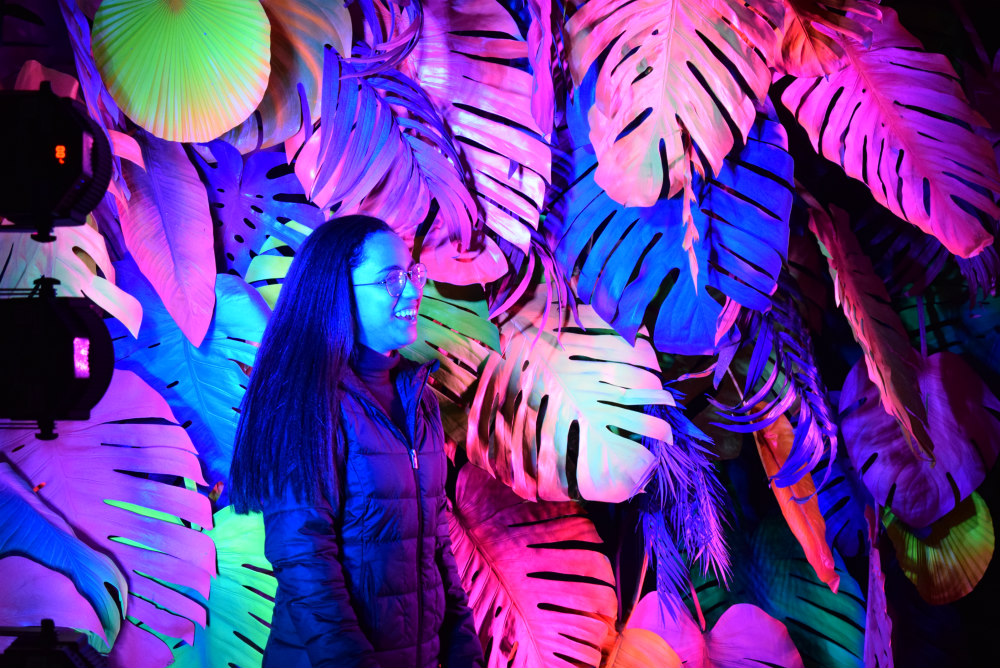 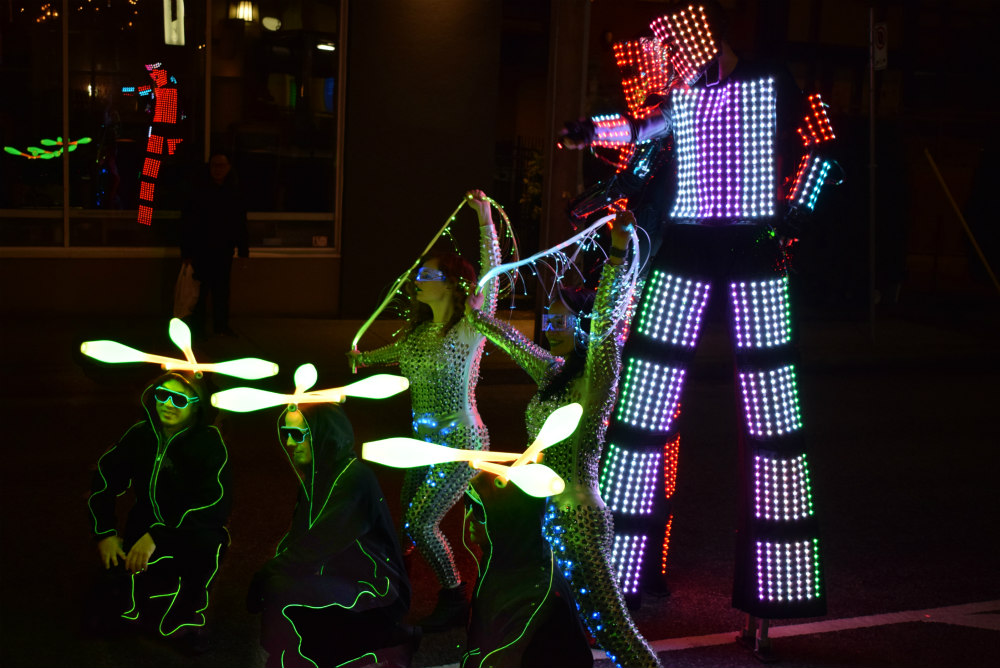 Get hands-on with interactive digital art, play games with massive illuminated inflatable game pieces by Tangible Interaction, and challenge your friends in the virtual game room put on by Go2 Productions. 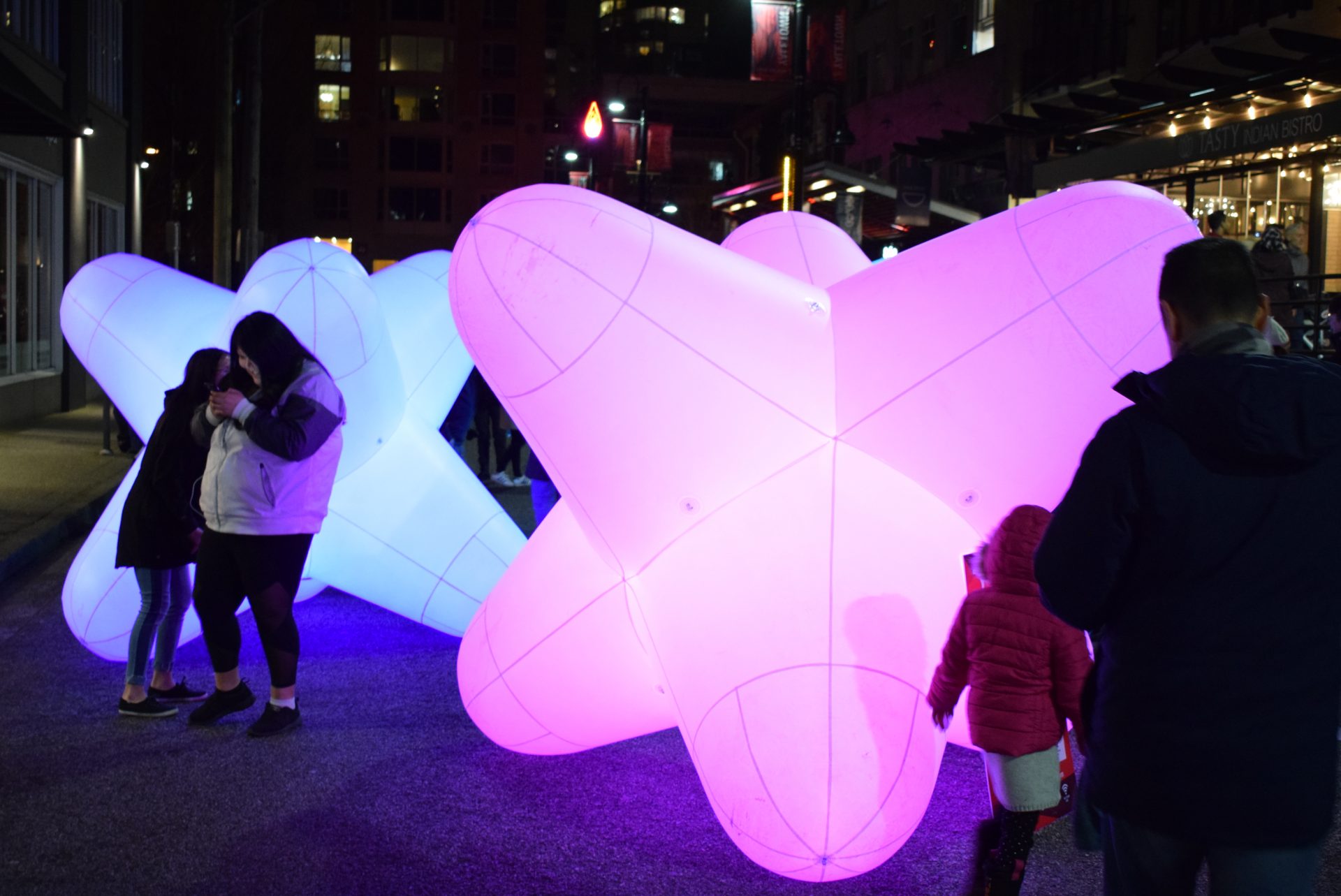 This year marks the 10-year anniversary of the Vancouver 2010 Olympic Games, and to commemorate the occasion, Illuminate Yaletown attendees can be a winner on the Olympic podium — another awesome photo opportunity.

“Being able to showcase light art technology designers in a lively and bustling neighbourhood always makes for an amazing evening,” says O’Shea. “We’re even more excited this year by the tribute to the 2010 Vancouver Olympics. Guests can expect never-before-seen activations and some amazing virtual-reality experiences.” 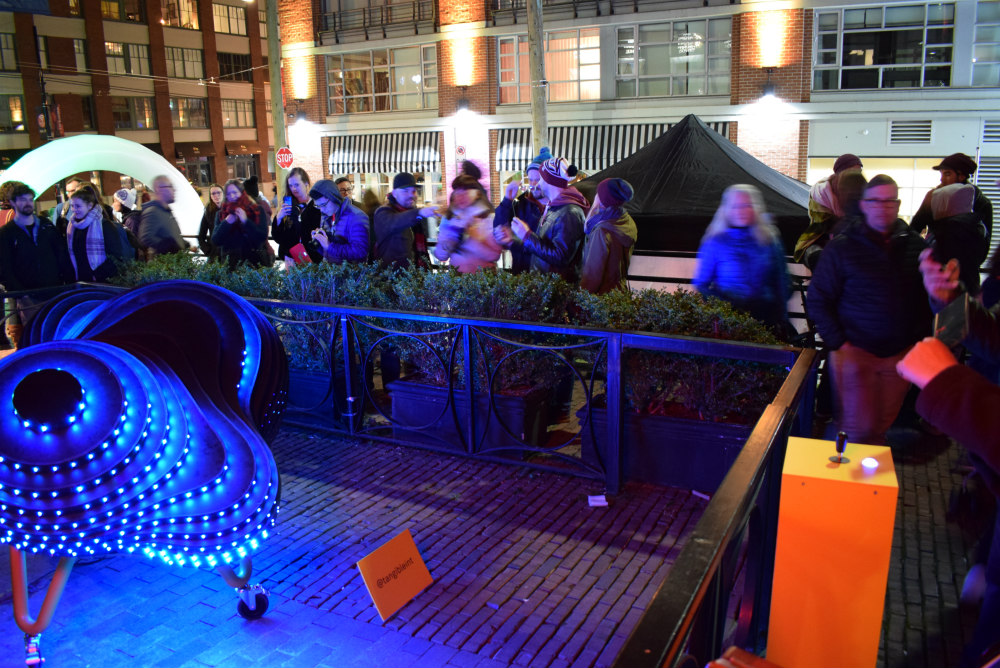 It’s not every day that you get to see the work of incredible local light artists, so why not take advantage this February long weekend? You can thank us later!